WHAT HAPPENED AT MY HOME WHEN NIGERIA ARMY CAME TO KILL ME ON THAT FATEFUL DAY. I WOULD HAVE BEEN SHOT AT THE HEAD AND THROWN IN A SHALLOW GRAVE — MAZI NNAMDI KANU FINALLY NARRATES HIS STORY 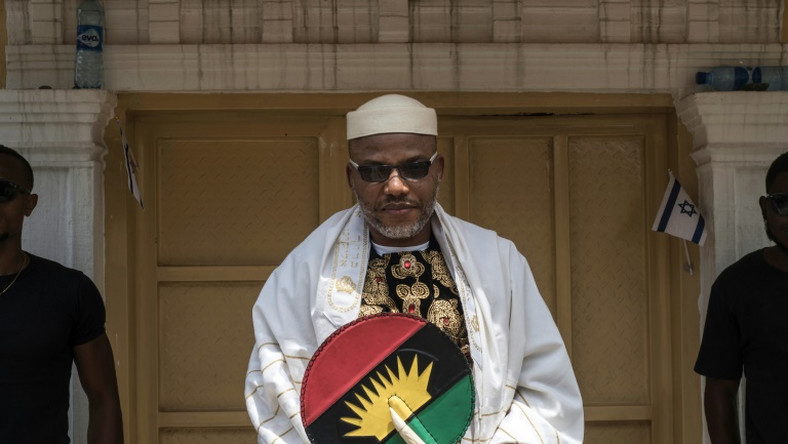 Brought to you by Biafra Abidjan

But first… My men began to drag me from the bedroom. I protested. I didn’t want to leave my home. I wanted to confront the soldiers and ask them what they had come for. In just less than a month I had a court hearing. I was determined to be there. My story would be told. The world would know how the Nigerian Security Forces tried to keep me imprisoned without trial on trumped-up charges. How they refused to bring me to court when a judge demanded it. How they ignored the bail that had been posted. How there was still some faint ghost of independence among Nigeria’s judiciary. I would stay for that.

I was being bundled down the stairs and out into the compound at the back, away from the soldiers who had forced their way into the front of the house. My men pushed and pulled me towards the high perimeter wall
Overhead I could hear helicopter gunships, their propellers whirring with that sick, lazy beat they have when they hover. More gunfire. Shouting. Soldiers shouting. My men shouting. I realised the soldiers were not here to arrest me – they could have done that at any time. These were crack troops; they’d called in the air force. They were not here to negotiate my surrender.

I was being bundled down the stairs and out into the compound at the back, away from the soldiers who had forced their way into the front of the house. My men pushed and pulled me towards the high perimeter wall which ran the full circumference of the compound. Ten feet high. Somehow, they man-handled me to the top of this and I fell to the ground the other side.

A sharp, sharp pain literally took my breath away. My limbs flailed. My mouth opened but I couldn’t take in air. I had fallen on my left rib cage. I gasped, convinced that I had punctured my lung in the fall. I heard footsteps and people talking, more gunfire. And always the sound of helicopter blades ripping up the air above me. Then I blanked out.

The following day I woke up in a safe house with my side swollen and I have internal bleeding just as doctor told me. But first of all I remembered my ageing parents. I asked of their well been.

We were able to rent a boat on the coast. We left from a small town in Abia, Azumiri, an unobtrusive place where the Nigerian authorities might not have thought to look. We planned to go to the Republic of Benin, just west of Nigeria. For 14 days we travelled in dangerous seas in a small boat with an outboard motor. The Atlantic off that coast is heavy, stormy, treacherous. On more than one occasion waves threatened to swamp our little craft. I was still gravely injured and in need of constant medical attention. At one point we put ashore to find ice to keep the medication I needed chilled. It was a dangerous time. I stayed hidden in a room while my companions went foraging for supplies.

MAZI NNAMDI KANU NARRATES HOW HE GOT TO ISREAL

From Benin I travelled by road to Senegal, a distance of nearly 2,000 kilometres. Once in Senegal I was able to make arrangements to travel to Israel. None of these journeys was easy. I was still in pain and the threat from Nigerian agents abroad never went away. When we stopped to rest on the road, I couldn’t go out. My world was shrunk to a room with a window, and sometimes not even that. I might as well have been in prison.

Benin, Togo, Ghana, Ivory Coast, all the countries I had to pass through rely economically on Nigeria, their governments corrupt enough to arrest me and send me back. I had to stay silent, unknown. I couldn’t even tell my wife or family where I was, just in case they became targets. It was agonising to realise that they didn’t know if I was dead or alive. Israel was a heaven for me, but it took over a year to get there, and only then did I feel confident enough to let my fellow IPOB family members and immediate family know I was safe.

YWC passes vote of confidence on Akintoye as the Yoruba leader