A Profile On Popular Yoruba Actress, Sola Kosoko As She Turns 40

Sola Kosoko-Abina is a popular Nollywood actress, director and movie producer who gives nothing short of a stellar performance.

As she turns 40, here are some interesting facts about her.

Sola Kosoko was born January 7, 1980, in Lagos to the Kosoko royal family of Isale Eko. Her father is a veteran actor, Jide Kosoko. She is also sister to actress, Bidemi Kosoko.

She lost her mother in 1993 and the late Henrietta Kosoko was her stepmother.

She also acquired basic and advanced certificates in Computer Studies from Federal College of Education, Akoka. She then proceeded to Olabisi Onabanjo University, Ago-Iwoye, where she obtained a diploma in Industrial and Labour Relations, and later a BSc in Sociology.

She started acting as a child in 1987 in the movie ‘Omo Orukan’. Sola however, says her father and people like Baba Suwe influenced her career as an actor. as she wanted to be a lawyer or broadcaster.

Her first major film was ‘Ola Abata’ in 1999  followed by ‘Oko Irese‘ and ‘Omo Olorire’ which brought her into the limelight. She soon gained prominence in the movie industry with the movie ‘Larooda Ojo’. 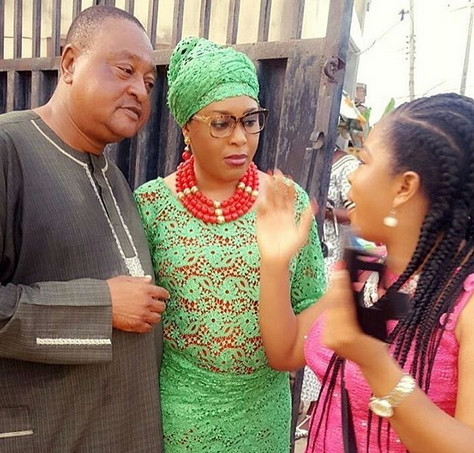 Sola is a recipient of several awards including the prestigious award for ‘Best Supporting Role at the City People Entertainment Awards.2011 – The Best of Nollywood (BON) Awards.

She got married to the love of her life Abiodun Abina on January 7, 2012 and their marriage is blessed with two daughters.

She welcomed her first daughter in July 2014 and her second in April 2019.

Model Casting Call: Here’s an opportunity to Walk the Runway of Africa’s biggest fashion event at the Ankara Fashion Show on October 30

Is salt good or bad for your health?

I am not against Asiwaju Tinubu’s political ambition, the report being spread is misleading – Shina Peller

Igboho Is Safer In Benin Than Nigeria, Says Lawyer

Get ready for intense action as Gulder Ultimate Search premieres on DStv, GOtv this October

If you suffer from ulcers, here’s the life-saving painkiller information you need to know

5 foods to avoid if you have stomach ulcer

Here is why everyone should cry

The Òrìsà-worshipping people of Brazil

The health benefits of bitter leaf are impressive

Meet the “Gulder Ultimate Search: The Age of Craftsmanship” Contestants

5 reasons why you should reduce your sugar intake

Gulder Ultimate Search partners MultiChoice for Season 12. Here’s all you need to know

Get Ready for a New Dawn at the Olojo Festival 2021

EXCLUSIVE: Names Of 45 Out Of 400 Suspected Boko Haram Sponsors Buhari Government Is Hiding From Nigerians