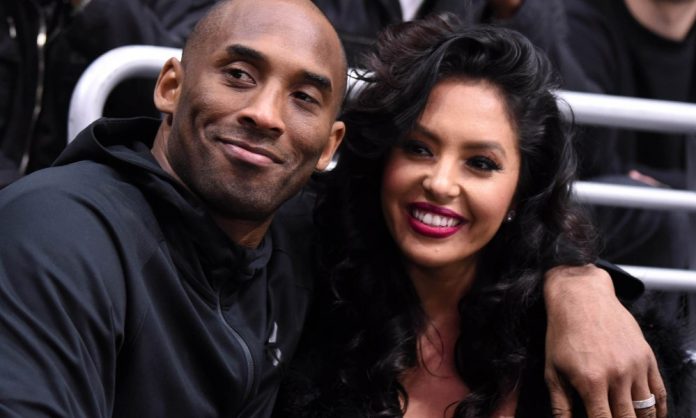 The world continues to mourn the tragic death of NBA legend, Kobe Bryant, his 13-year-old daughter, and seven others, in a helicopter crash on Sunday, January 26.

In the wake of his death, many are throwing their support behind his wife, Vanessa who is the most affected by this sudden tragedy.

Here are all the facts to know about her.

She was born Vanessa Cornejo Urbieta on May 5, 1982, in California and she is of Mexican and Irish, English, German descent.

She has a sister, Sophie, who is ten years older. Her parents divorced when she was three years old. Her mother brought them up by herself until 1990 when she married businessman Stephanie Laine whose surname Vanessa legally took up in 2000 despite (Laine) not officially adopting her.

2. She is a former model and video vixen

Vanessa began her career as a teenager as a model and video vixen.

3.She met Kobe Bryant as a teenager

Vanessa met the NBA player at age 17 in November 1999 when she was working as a background dancer for the music video of ‘Tha Eastsidaz‘ music video “G’d Up”. Kobe who was 21 years at the time was also working on his debut album when they met and they soon sparked off something romantic.

Kobe proposed to Vanessa who was still a high school student six months later in May 2000 and there was no prenuptial agreement. She had to finish out her high school senior year being homeschooled to avoid photographers. They announced their engagement at her 18th birthday party.

4. Kobe’s family didn’t approve of her

According to reports, Kobe’s family especially his parents didn’t approve of his marriage to Vanessa for many reasons.

The couple married April 18, 2001, at St. Edward the Confessor Catholic Church in Dana Point, California. His parents, two sisters, other members of his immediate family and even his LAKERS teammates didn’t attend the wedding.

They reportedly had problems with him marrying at a young age to someone young who wasn’t African American. The lack of the prenuptial agreement was also a concern. Kobe had already won a championship and was well-off financially.

The couple’s first daughter born in 2003 put a slight end to the feud.

5. She stood by him through his sexual assault case

Vanessa stood by her husband when he was accused of raping a hotel worker in July 2003.

This was barely six months after the birth of their first daughter. Kobe, 24 at the time was charged with sexual felony assault.

Vanessa was by his side during a press conference at Staples Center, where he admitted to committing adultery but said “I’m innocent” of assault.

She also released a statement at the time, saying that her husband was not a criminal.

Although sexual assault charges were filed against him in September 2004, the case was dropped three weeks after it was filed because the woman didn’t want to proceed.

He allegedly bought her an “apology” diamond ring worth over $4 million to help win her forgiveness.

In the middle of a rough patch, Vanessa filed for divorce from the basketball player in 2011 after 10 years of marriage citing irreconcilable differences.

According to sources, Vanessa had caught her husband cheating on her with another woman.

However, a year after amidst their divorce plans, there were rumours that had decided to call work things out. In 2013, they both announced that the divorce had been called off.

7. She and Kobe had four daughters

Vanessa had four daughters for Kobe and they are Natalia, Gianna, Bianka, and Capri. Natalia Diamante born January 19, 2003, turned 17 recently.

In 2005, she suffered a miscarriage due to an ectopic pregnancy which Kobe took responsibility when he opened up about it 10 years later.

The second, Gianna ‘Gigi’ Maria-Onore Bryant who died alongside her father in the tragic helicopter crash was born May 1, 2006.

Our thoughts are with Vanessa Bryant, her family, and the Bryant family during this undoubtedly difficult time.