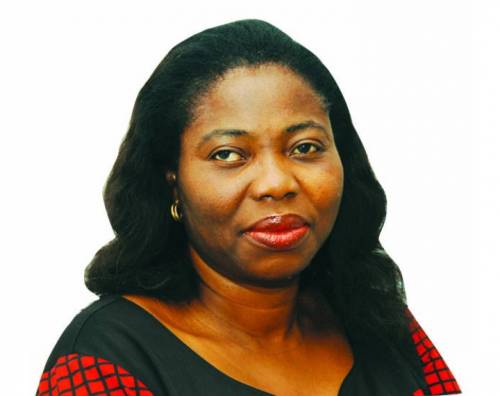 Nigerian leaders owe the people the duty to care, protect and provide basic amenities for them. Securing the lives of Nigerians and protecting the nation’s territorial integrity is government’s primary responsibility. It is the inalienable rights of Nigerians to have access to good infrastructural facilities, hospitals and schools in a secured environment. These things are not favours. They are the duties that Nigerian leaders are being paid to do. These functions are constitutionally assigned. Whoever fails to perform them is not fit to be in a leadership position. It is unacceptable for Nigerian leaders to continue to be lackadaisical about things that affect the common man’s welfare and at the same time feel comfortable deploying the nation’s resources in taking care of themselves and their families. President Buhari should bring back Leah Sharibu now.

On   November 27, 2000, 10-year-old Damilola Taylor died on the streets of South London. Damilola was on his way home from Peckham library when he was stabbed in the leg with broken glass by two brothers.  He was later found in a condemned building a few yards to his home.  For six years, the British justice system searched for Damilola’s   killers.   In what could be described as a national quest for justice, even career criminals agreed to testify against suspects in the case.  Eventually, Danny and Ricky Preddie were convicted for Damilola’s murder.  Till date, the murder is seen by many as one of the most investigated by the UK police.

Who was Damilola Taylor and why was his case so special to the British government? Damilola was a little child born and bred in Nigeria. He had barely spent six months in the UK before his murder. He relocated to London with his parents in the summer of 2000 only to be killed in November of the same year.

Why should anyone evoke the memory of a promising child whose life ended in tragedy almost 20 years after his death? Sadly, it is for the unwholesome reason of making a comparison of the value attached to the life of a Nigerian child in a foreign land and the worth of a child in the eyes of the Nigerian government. Damilola was killed in another man’s country and his death shook the entire nation. Here in Nigeria, another child called Leah Sharibu, though alive, is being abandoned in the cruel hands of Boko Haram insurgents by the Nigerian government, which has all the power to release her.

I guess the British government would have done everything within its power to save Damilola if offered the opportunity. Unfortunately, in the case of Leah, she is alive. What is more, the Nigerian government knows where she is. The Federal Government knows her abductors. It even negotiated the release of her schoolmates about two years ago.  Government is in constant touch with her abductors. They say this all the time.  Her abductors also release videos of her when they like to prove that she is alive and boast of their next action against her.  Yet, the Nigerian government appears too weak to do anything about her situation.

Leah is one of the 110 girls abducted by the Boko Haram insurgents during a raid on a school in Dapchi, Yobe State, on February 19, 2018. Following a deal between the government and the terrorists, the sect released 104 girls, five others were said to have died in captivity. They held on to Leah for being a Christian. It was learnt that the terrorists held on to Leah because she refused to rescind her Christian faith.  Leah was 14 years at the time of her abduction. Almost two years after,   news from the Boko Haram camp is that Leah has been delivered of a baby boy, after being forcefully married to the sect’s commandant.

How else can a nation fail a child? Getting a girl-child to be in school in the North East where Leah was abducted is a herculean task on its own. The region is known to encourage child marriage.  Nigeria has one of the highest child marriage prevalence rates in the world with almost half the population of girls being married off before age 18. According to the 2013 NDHS Report, the number of Nigerian girls married before their 18th birthday is as high as 58.2%. Child marriage prevalence in the North East is as high as 88%, according to the Save the Children Resource Centre.  What this suggests is that Leah and her schoolmates are some of the few girls in the region fortunate enough to be in school and not married off as underage girls.  For a   government still struggling to get the girl-child educated to be so careless in protecting the few ones that are in school to the extent that they could be kidnapped in a public school, leaves much to be desired.

What is the logic behind keeping Leah in the abductors’ den?  If the Federal Government could rescue other Dapchi girls, why has it not rescued Leah?  Has the Nigerian government totally surrendered to terrorists? Are Nigerian leaders totally insensitive or do they choose what to be sensitive about? Can anyone imagine what the situation would have been if Leah Sharibu were to be a child of a sitting Nigerian President. Would she still be in captivity?  I remember when President Muhammadu Buhari’s son, Yusuf, was involved in a ghastly power bike accident that left him with a head injury and broken limb. It was as if the whole nation was thrown into mourning. Government officials practically kept vigil at the hospital where Yusuf was kept praying earnestly for his survival. Despite the success of the surgery performed to save his life in Nigeria, Yusuf was nonetheless flown abroad to access better health care and services.

Some people can still remember the notorious cross border bandit, Amani Tidjani, who terrorised Nigerians during the administration of former President Olusegun Obasanjo. It was a terrible situation. Nigeria’s security agencies gave the nation the impression that he was invincible until one day in 2003 when President Obasanjo’s daughter, Iyabo’s convoy, was attacked by Tidjani and his men. That was Nigerians’ day of salvation.   Obasanjo swiftly closed the Nigerian-Benin border and told Mathew Kerekou, the Beninois president that the border would not be opened until Tidjani was released to Nigeria. All of a sudden, the Nigerian police, immigration, customs and everybody went into action and Tidjani was arrested in a matter of days.

Is it wrong for Obasanjo and Buhari to be protective over their children? Absolutely not!   It is normal and indeed natural for parents to be sensitive and caring where the health and wellbeing of their children are concerned.  Where I however have problem with Nigerian leaders is when they are indifferent to the welfare and wellbeing of other people that they are constitutionally empowered to protect. Let’s face it. Is it possible for a child of any sitting Nigerian President to suffer the fate of Leah? The Federal Government will leave no stone unturned in its bid to rescue the President’s child. If it meant deploying the entire nation’s military power to fight the Boko Haram sect or spending all the money in the country’s treasury to free the child, the Nigerian Government will do it.

This is the crux of the matter. Until leadership is taken as a responsibility towards the entire population, Nigeria will continue to wallow in the ocean of mediocrity. Truth be told- Nigerian leaders are selfish. The evidence is everywhere. They don’t care about the quality of education at the primary, secondary and tertiary levels because their children don’t attend these schools.  They send their children to the best institutions abroad and still have the audacity to tell us to our face that they do so because they can afford it.  You then wonder where they get the money from when the official salary of a Nigerian President is not even up to N5million per month.

Every responsible government protects the lives of their citizenry. That is partly why it took the British government six years to convict the boys responsible for Damilola’s death to act as a deterrent to others. Leah has no business being in Boko Haram’s enclave; let alone being forcefully married and nursing a baby for a terrorist. This is government failure at the highest level. In sane climes, citizens can force a President to resign over this issue.

Nigerian leaders owe the people the duty to care, protect and provide basic amenities for them.   Securing the lives of Nigerians and protecting the nation’s territorial integrity is government’s primary responsibility. It is the inalienable rights of Nigerians to have access to good infrastructural facilities, hospitals and schools in a secured environment.  These things are not favours.  They are the duties that Nigerian leaders are being paid to do.  These functions are constitutionally assigned. Whoever fails to perform them is not fit to be in a leadership position. It is unacceptable for Nigerian leaders to continue to be lackadaisical about things that affect the common man’s welfare and at the same time feel comfortable deploying the nation’s resources in taking care of themselves and their families.   President Buhari should bring back Leah Sharibu now.

Olabisi Deji-Folutile is a member of the Nigerian Guild of Editors. Email bisideji@yahoo.co.uk