“To rise to the challenges of the 21st Century, we need to harness our full potential that requires dismantling gender stereotypes. On this International day of women and girls in science, let’s pledge to end the gender imbalance in science” UN Secretary-General António Guterres.
Science and Technology have been instrumental to the development of the globe, and while it has serve more advantage to the progression of modernism, it has brought it’s own biases. STEM as it is popularly being called have witnessed more male inventors, scientists, professors, while her female counterparts have long been sidelined.
Just as the UN Secretary General had mentioned, it’s the time to dismantle, and eradicate our sentiments proposing gender inequality. The idea behind the celebration of science women and girls dated back to December, 2015, when the U.N general assembly needed to establish the international day to recognize the critical role that women and girls play in science and technology, through passing a resolution named (A/RES/70/212).
This U.N 5th assembly has dedicated their prowess to be focused on the role of women and girls in science for improving green and inclusion economy regulatory and policy framework, promotion of innovative green investment in women and girls in science through public- private partnerships, and also to advance the development of women at the national level for holistic inclusive green action.
These focus of the assembly is to create a conducive condition for the women and girls to participate effectively without the limitations of gender inequality or any gender related sentiments, that might cause inferiority for the females in science.
The assembly also tailored their objectives, pointed directly to solve the sustainable development goals 2 and 6 (Zero hunger and Clean water& Sanitation), and also to address the issue between digital economy, Agri-Tech and gender inequality, importance of women in science and digital revolution, and also to tackle regional/local labour markets interdependence and constraints for women in science.
All of these positive objectives have been handpicked as a result of the emphasis to make more audible the voices of the females in the science world.
More so, the sustainable development goals 5 (gender equality) clamours for the total inclusion, and participation of women in every labour sector. It should however be noted that up till now, only 30 percent of researchers worldwide are women, and 35 percent of all students enrolled in STEM-related fields of study are women. This is to engender the coax that, stakeholders in a girl child life should take cognizance of the interest of the girl child and motivate, support her to head into a qualitative direction.
In Buchi Emecheta’s novel “Second Class Citizen” Adah, the girl child had to forcefully enroll herself in school as a girl of 8, before the community stood up for her. Although, the coast is becoming clearer for girl child in education, but parents, and guardians are encouraged to foster their girl child/children in order to contribute to the achievement of the world’s sustainable development goal 5 and more, at the same time to minimize the population, and eradicate early marriage, particularly in our country, Nigeria. 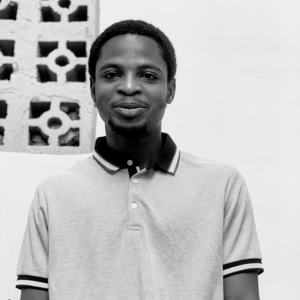 Want To Get Pregnant? Then Try These 5 Sex Positions

Study at University of the People: Is it worth it? 15 Things You Need to Know

8 Ways To Make Money During The Coronavirus Pandemic