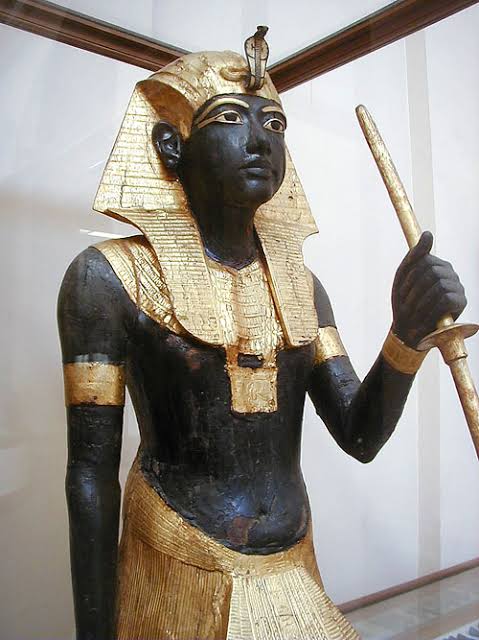 There has been many criticisms concerning the continent of Africa by foreigners especially the Europeans who believe that the African continent was a dark continent that lacks the wind of civilisation and development. They said Africans are black monkeys who are ignorant of their own existence and lastly, they claim that they brought the light of civilisation to us and gave us a taste of education and modernisation that we enjoy today. Therefore, this piece is centred on the debunking and debugging of these Western claims about Africa and a prove to this our generation that the African man was not only the first civilise man but the first to embrace science and what it means to be civilise before any continent of the globe.

Research has been made by brilliant scholars of the African origins on how formal education was first establish in Africa and how this made the continent to be more better than the white man’s continent. For instance, Africa had the first universities even before Oxford and Cambridge was established. Africa had the Al-azar University of Cairo that was established in 972 AD about 640 years before Oxford and Cambridge were established. We had Kaurine University established in Fez Morocco in 859 AD, and we also had the University of Sankoro in Timbuktu which flourished between the 13th and 16th centuries. These African universities invented the ideas of mathematics, science, technology, astronomy, medicine, the science of embalming dead bodies, architecture of high rise infrastructure such as pyramids and the science of writing.

It is also on record, that it was the African Egyptian engineers and architects who designed and supervised the construction of the majestic edifice which is now regarded as the wonders of the ancient world. The African Egyptian Professors ran the African University institutions where classical and famous Greek scholars like Socrates, Plato, Aristotle and Pythagoras were educated and taught. The knowledge these Greek students and travellers got from African thinkers and professors in Egypt, became the foundation of democracy, human rights and good governance which Europe is wrongly credited as the originators. As for Aristole, he was assited by Alexander the great who came to Egypt and forcefully stole the ideas, books and literature of the Egyptians.

Furthermore, it has also been proven beyond reasonable doubt that man began in Africa about a million years ago as a hominid in the process of evolution in East Africa. These early humans, learnt skills particularly the use of tools and eventually migrated to Europe and Asia from Africa. Again, it has also been proven by historical research and scientific empiricism, that black Africans and especially the African Egyptians for a long time has ruled the universe and Pharaohs of African Egypt has controlled over 101 colonies of the world. For instance, Professor Dara in 2005 argued that African Military generals were governors of Provinces in Portugal, Spain, France and parts of Germany. Professor Dara, cited examples of the Africans who ruled some places in Europe such as John VI, who ruled Portugal, Algame and Brazil for years.

Truth be told, it is also imperative to know that Europe was a dark continent who never knew anything about civilisation and taste of modernity except for some territories in Greece and Rome. The revolutionary and humanising radiance of black African Egypt and Nubian and the civilisation they engendered in Africa and Middle East dazzled the entire world for several centuries until the European Nations woke up from their centuries of slumber into the cock crow of the Renaissance barely 500 years ago. African scholars like Cheiteh Anta Diop, Samir Amin and other prominent and renowned Egyptologists, have in scholarly works proved historically and empirically that black Africa is the nursery and foundation of most of the technological wonders that the world enjoys today.

However, at the time of the ascendancy of Europe into a global power in the 16th century, Africa was shackled in the manacles of the transatlantic slave trade. As a result of this, the post Renaissance generations of Europeans saw living Africans for the first time as slaves in chains that will be used for the building of European industries and plantations during the industrial revolution. This partly explains the European racist, discriminatory and segregatory methods towards Africans and black skinned people.

It is surprising to also know that these Europeans were never told that their continent was once subordinated to some African military generals and monarchs both in terms of economic, military and political. European historians, never revealed in their books and documentaries that Egypt was a black cradle of African civilisation. In fact, some European shenanigan writers had the temerity to argue that the engineers and architects responsible for the building of the great pyramids were Europeans. This was one of the biggest lie from the mouth of the whites and Europeans as long as history is concern. Instead of telling the world the way history took place, the European historians fabricated various lies of world history with the aid of their late military leaders and political leaders such as Julius Caesar and Pompey of Rome, Alexander the Great of Asia Minor, Napoleon Bonaparte and Joan of Arc of France, Abraham Lincoln of America and Wilson Churchill of England just to make the white look superior over the blacks while African history was molested and bastardised.

It is also reasonable to know that if not for the works of pan Africanists like Dr Nnamdi Azikiwe, Kwame Nkrumah, Mokwugo Okoye, Julius Nyerere, L.S Senghor, Fanon Frantz, Jacob Ade Ajayi, Nwabara, Adu Boahen etc we would never have heard of military giants such as Arharan of the Benin kingdom or Shaka Zulu or Oshue of Urhobo or Queen Amina of Zaria or the Dahomey Amazons.

But today where is Africa? Where is that continent that was regarded as the foundation of civilisation and modernisation? Where are all its inventors, scientists, professors who taught European philosophers like Socrates, Plato, Aristotle and Pythagoras? Where are all the signs of development that were taking place in Africa before the white man came to Africa?. It is a dismay that all these went into extinction overnight due to European contact with Africa. Through the processes of European Slave trade, Colonialism, imperialism of capitalism, Neocolonialism and modernisation of globalisation, Africans became second class humans in the world of humanity and mankind.

I tell you, the continent of Africa was something before it became nothing. Everything we had was taken from us through various processes that led to our underdevelopment but facilitated development in Europe. But one thing we 21st century Africans should understand is that we can only develop if we start appreciating and patronising our roots and culture. We can only develop if we decide to look backward and understand that we can rise up again. It is time to revolutionise our continent and liberate it from the hands of those who stole our ideas which we taught them in our African universities and who still cause our moribund conditions and underdevelopment of backwardness.

This work is an inspiration from the ideas of Mazi Mbah, Kwame Nkrumah, Walter Rodney, Claude Ake and lots of others.