Here are the reactions of some celebrities over the rape and murder of the student in Benin city.

Tragedy struck in Benin city on Saturday, May 30, 2020, following the murder of Uwa Omozuwa, a 22-year-old student of the University of Benin.

The young lady was raped and died from injuries sustained at the premises of one of the branches of the RCCG, Edo Province 10, Ikpoba Hill where she had gone to read.

Since the news broke, the entire country has expressed its disgust and anger over the murder of the young lady. A number of Nigerian celebrities have come out to lend their voices over the issues.

Here are the reactions of some of the celebrities over the rape and murder of the student in Benin city.

The movie took to her Twitter page on Sunday May, 31, 2020, where called out men for abusing their power. According to her, women have lived in constant fear of men for a very long time.

They either abuse their power, or have the power to abuse. In or out of uniform, we live in constant fear of men. Tina Ezekwe. Vera Omozuwa. Rest In Peace my darlings. We will get justice.🌹💔 pic.twitter.com/e9c4ODcEri

For Tiwa Savage, the incessant killings of young men by police officers, raping of young ladies and the high rate of unemployment is frustrating.

#WeAreTired of senseless killings, lorries falling on road and killing passengers, ACs catching fire and burning houses, young girls getting raped, young boys killed by SARZ, no jobs for graduates, please add your own frustration because my list is long

While expressing his shock over the death of Uwa, singer and songwriter, Djinee gave an example of a friend who was gang raped years ago and was infected with HIV.

The movie in her tweet said, Uwa had dreams of becoming a nurse and those aspirations have been dashed following her murder by a rapist.

She had just been admitted to the University of Benin to study microbiology. She was 22. Uwa’s dream of becoming a nurse has now been dashed by rapists and murders. All she wanted to do was read. When will girls feel safe again? #JusticeForUwa pic.twitter.com/fslvHzgLb8

For the lawyer turned music star, it is disheartening for stories like that of Uwa’s murder to continue to linger on. According him, this time around, justice must be served.

It’s so exhausting to see injustice continue to thrive time after time. Every time we say NOT AGAIN, and then there is a new story. Enough is enough. It’s too disheartening. Justice must be served for the innocent souls we keep on losing. #JusticeForTina #JusticeForUwa

5 symptoms of heart attack in women

x     Over 1.5 million cases of heart attack are reported every year in Nigeria.   5…
byTOPNEWS MEDIA 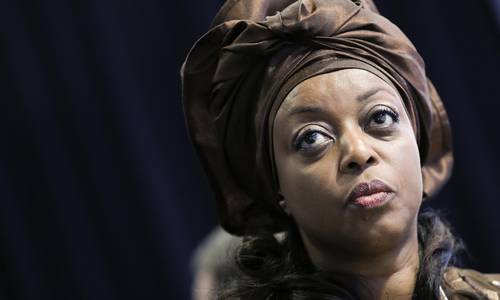 All You Should Know As Ex-Petroleum Minister, Diezani Alison-Madueke Becomes Commissioner In Dominican Republic + How Nigerians Are Reacting To It