How the coronavirus pandemic affected the Nigerian sports industry

From football to boxing and athletes, to what extent has Nigerian sports been hit by the coronavirus pandemic?

The coronavirus pandemic came with a devastating effect on normalcy across several sectors as cities and towns all over the world were put on lockdown to curb the spread of COVID-19-the disease caused by the novel coronavirus.

The economic inactivity that followed led to the crippling of economies all over the world including the Nigerian economy which suffered the added effect of the drop in crude oil prices.

The Nigerian sports sector has been particularly hit with an expert estimating a loss of about N3b in revenue due to the cancellation of sporting events in Nigeria.

One of the first sporting events to be cancelled due to the coronavirus pandemic was the National Sports Festivalwhich was billed to hold from Sunday, March 22 to Wednesday, April 1 in Edo State.

There have been heavy financial implications to all of these cancellations but while sports have been predicted to lose $17.2bn worldwide in 2020 in sponsorship rights fees alone (projections by WPP sports marketing agency Two Circles), it is almost impossible to draw up any number for Nigeria where local sports have had problems with generating revenue due to several reasons.

“Nigerians are more engaged in performative sports much more than the business of sports as revenue generation avenue are not captured in a structured way,” Telema Davies, Head of Product Innovation at TWOREPORT, a market research and data advisory company, told Topnewstv.

In truth, the Nigerian sports industry has struggled with commercializing its product and the right revenue generation strategy for sports in Nigeria has been a long-running headscratcher.

Even the Super Eagles of Nigeria, the biggest brand in Nigerian sports do not draw in much in terms of ticketing and gate revenues. So apart from match bonuses and allowances for the players, it is difficult to ascertain how much was lost from the cancelled AFCON 2021 qualifiers which was scheduled to hold in late March in Asaba, Delta State.

For Super Eagles home games, the hosting state usually opens up the gates to fans for free with no gate revenue. With the broadcast rights of the game sold by the Confederations of African Football (CAF), the NFF are left with nothing other than a commitment from sponsors which are difficult to put in numbers.

It is worse for the NPFL and the NNL-who are without sponsors-where most of the clubs are owned by state governments. With also a very low gate revenue, it is a struggle to find where the leagues lose financially due to the suspensions.

According to Biola Kazeem, a sports media and marketing professional, only the players and some active personnel have something to lose from the suspension of the league.

“Apart from players being inactive and probably not getting paid, the NPFL absolutely loses nothing,” Kazeem told Topnewstv.

“They have no major TV contracts, gate taking are insignificant at most clubs and their commercial operations are almost non-existent.

“In concrete terms, there is no loss of revenue or income to the clubs or league itself.

“The players, referees, match commissioners and delegates are the ones who will be hit in the pocket.

“I am quite sure many state governors are happy the league is on break too and most clubs are a drain on the finances of many states because they literally create no value or generate any income.”

Davies, however, do not believe that the gate revenues no matter how small, should be ignored.

“NPFL clubs average the sum of N500-N1500 or match tickets and across all 20 teams, with 10 home games every matchday, it’s a significant amount lost in the period under review,” Davies said.

“The auxiliary services in relation to sports in Nigeria are also significant. On NPFL match days, you have those selling things like Gala. These drops in economic activities should not be ignored although there is no aggregated figure.”

In football, Davies also recognises other sporting activities like corporate games, bankers’ game an estimates that a lot has been lost from the money that would have injected into these sporting events.

The amateur scene is not left out. Amaka Beverly Agbakoba-Onyejianya, a lawyer who runs Little Tigers Youth Academy in Lagos said she has lost lots of revenue because of the coronavirus pandemic.

“The truth of the matter is unless you are totally immune and you are running online services, pharmacy, chances are your business is going to be affected,” Agbakoba-Onyejianya told Topnewstv

Parents whose businesses have been hit can no longer afford to pay for their children’s recreational activities.

“As businesses get affected, it affects us because when there is zero income flow, parents won’t pay for their kids’ recreational activities.”

In other sports, the postponement of the National Sports Festival is a huge blow for budding Nigerian athletes who would have earned from state allowances and others who would have benefited from the economic activities around the festival.

“From our estimate, over N200m would have been injected into our economy from the National Sports Festival,” Davies said.

“Remember, this is a festival of over a 10-day period and with all the economic activities happening around, that sum is possible.”

In total, Davies estimates that the Nigerian sports industry has lost over N3b in the period under review.

What does the future hold?

Flykite CEO, Jenkins Alumona who saw the 21st edition of his GOTV Boxing Night-originally scheduled for his Sunday, April 12-said everyone in the ecosystem was hit financially.

“Everyone in the ecosystem suffers. From the boxers who only earn money from this sort of event to photographers who would have covered the event to the cleaners,” Jenkins said.

“We would have held two events which means these people would have made a lot of money for themselves.”

Jenkins is already looking to the future and is considering holding his event without fans.

“You know in everything about easing of lockdown, sports is the last thing the government is considering but we have to be ready,” he continued.

“But it’s something we are exploring.”

For football, the effects of the coronavirus pandemic and the economic woes it gave rise to, have left the NFF reeling.

“This has been a decidedly spiritual year; spiritual in the sense that no one anticipated what we have seen so far in terms of the COVID-19 pandemic,” NFF boss Amaju Pinnick said during a recent media call.

“It has caused so much disruption and is still causing. But we just have to live with it.”

Davies also estimates that the NFF in the past few years were able to amass just over N3bn from sponsorship which is certain to have taken a hit due to the COVID-19 situation.

And Pinnick confirmed it when he said conversations are ongoing about meeting with sponsors at “middle-ground situations that would be conducive for ourselves and for themselves.”

“Our discussions are ongoing and we must continue to do everything to keep them in-house even as they also struggle to stay afloat,” the NFF boss said.

To cushion the effect of the pandemic, the NFF have decided to prioritise the Super Eagles and the Super Falcons.

Age-grade teams will take the hit and will have to play without match bonuses and camp allowances. Players from these teams will, however, get 100% of appearance fees if they qualify and go far in FIFA or Confederations of African Football (CAF) tournaments.

Gravity Sketch VR 3D Modeling is Now Free to Use

10 ultimate tips to lift weight like a true champ

This is an example of audio post format. It supports all embedded audio URLs as well as self-hosted audio files.
byTOPNEWS MEDIA
Read More

The remarkable rise of Ryan Mason 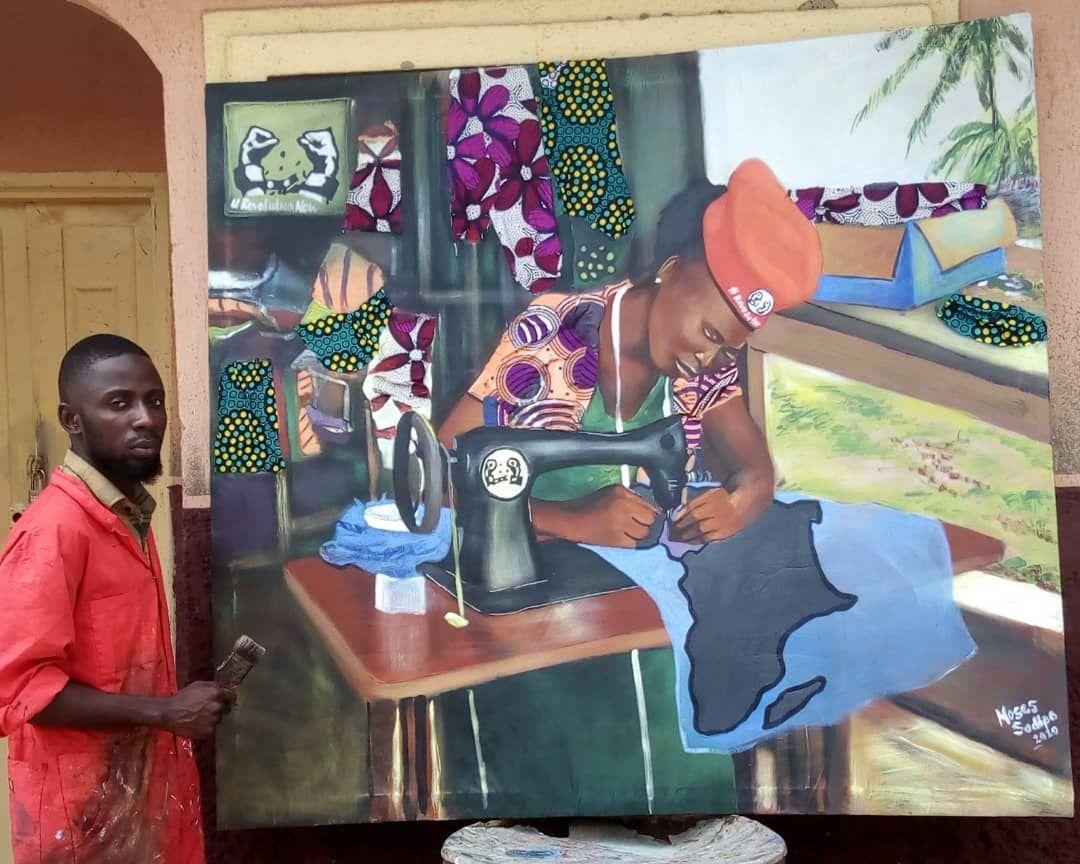