As if the rape on our collective resources in Nigeria since the inception of the longest democracy in 1999 is not enough, the dragnet of rape is currently being extended to our inalienable right to human dignity. The right not to consent to the activities of the ‘other room’ by marauding predators who are inherently diabolical. Our girls and women are raped. Though not necessarily by the government or her officials; the unresponsiveness of government make her culpable. It is disturbingly alarming that man predates man of his kind as manifested in the recent cases of rape which seems to be in vogue. The best of the responses of those we elected to govern and protect us has been that of condemnation and lamentation. There are extant laws in Nigeria which in principle should keep these sexual gladiators in abeyance. However, attitudes of the law enforcers and the general stigmatization suffered by rape victims work together to thwart the applicability of these laws. Many believe that there no rape laws in Nigeria and there is need to enact one.

​Against the backdrop of widespread obliviousness of extant laws enacted to address the surging tide of rape cases, it is apt to mention some. The criminalization of rape in Nigeria predates its independence. There exists The Criminal Code (Section 357 & 358) applicable in all the Southern States; and The Penal Code (Section 282) applicable in all the Northern States. To paraphrase these codes for space constraint, a man is said to have committed rape if he has sexual intercourse unlawfully with a woman against her consent or with her consent but due to threat to her life, her means of livelihood or force. This offence in punishable by imprisonment for life, with or without caning.

​There is a gap in the above provisions of the law. They are considered androcentric. They give the notion that man is always the assaulter in all cases of rape while woman is seen asthe victim. But this is not always the case; it can be the other way round. This visible lacuna is aptly addressed under the Violence Against Persons Prohibition Act (Section 1) “A person commits the offence of rape if he or she intentionally penetrates the vagina, anus or mouth of another person with any other part of his/her body or anything else without consent, or the consent is obtained by force.” This is a balanced provision; it is neither androcentric nor gynocentric due to its all-encompassness. Therefore, in the case of rape, men and women could be victims and assaulters.

​It is understood from the above that claims to dearth of or non-existence of laws are unfounded. The problem is implementing these laws; that is, giving life to them when the need arises as in the cases of a 22 year old Uwaila Omozuwa in Edo, 18 year old Barakat Bello in Oyo, and 17 year old hawker in Ekiti States respectively. Barakat and Uwaila were gruesomely raped and killed; hence their identities were revealed. The 17 year old hawker in Ekiti survived the rape which is reason why her identity was not disclosed; that is plausible. She was said to be taken to an undisclosed hospital for treatment and medical bill alleged to be offset by the wife of Ekiti State Governor, Mrs Erelu Fayemi.  Identity revealed or not is not the point, and bill been footed by Mrs Fayemi is a nice gesture; the point and nicest gesture is to make the perpetrators feel the claws of the law to serve as deterrent to other willing rapists.

Nothing depicts the aberration of government’s unresponsiveness than allowing crimes of this grotesque proportion to go without thorough investigation. Such violators of this human dignity put the ‘joy stick’ into bad use. If the ‘tool’ between the two thighs cannot be put to a better use of lawful enjoyment and perpetuation of human race, it is high time for the government to get such destructive ‘tools’ castrated for the safety of our daughters, mothers, wives, sisters, nieces etc. It is also high time we debunked the bogus claim that females’ seductive dresses turn the ‘joy sticks’ of these criminals violent against the women folks. This is not to support nudity, nudity in the public is bad and it truly arouses desire of normal men towards ‘the other room thing’ yet that desire can only be expressed through lawful means. A woman who is scantily dressed does that probably to attract the opposite sex to her ‘you know now’; yet she has to consent to it and cannot be forced. What explains the reason for raping a five year old girl and many other similar cases?

​The three cases mentioned above further refute the claim that women nudity invites men to commit rape. Uwaila for instance was raped to death while reading inside a Redeemed Christian Church of God (RCCG). It is difficult to explain how what she put on could have invited this rapist to unleash this heinous assault on her. Barakat was gang-raped right inside her father’s house. How did her dressing and appearance in her father’s house (not in the public place) seductively arouse the sexual craziness of these criminals? The 17 year old hawker would not have dressed like a prostitute. Why was she assaulted? In fact, raping prostitutes with their well known unashamedly provoking scanty dress is nothing but a criminal act. Since a prostitute is selling her ‘you know now’, she must be paid for her service after having consented to it. Her profession (prostitution) is immoral, she cannot be forced or raped. She has the right to accept or reject any patronisers.

​For the duo of Uwaila and Barakat, the damage has been done. Nothing can console these parents better than restoring their daughters’ souls. As we pray to the Almighty to strengthen them for this great irreplaceable loss, government must show commitment in nipping rape in the bud. Investigation should be intensified to identify these rapists and their collaborators. There should be serious campaigns against rape. Nigerians should be educated on the evil consequences of rape on rapists, victims of rape and the society. Rape should be included in Civic Education as part of sex education. It should make a special topic in the syllabus; this should be rigorously taught right from the elementary level. The clerics should help in fighting this monster from the religious books through their preaching, admonitions and sermons in churches and mosques. The law enforcement agents should not shirk their responsibilities which among others are enforcing law and order, bringing culprits to justice and stamping out criminal elements from the society. 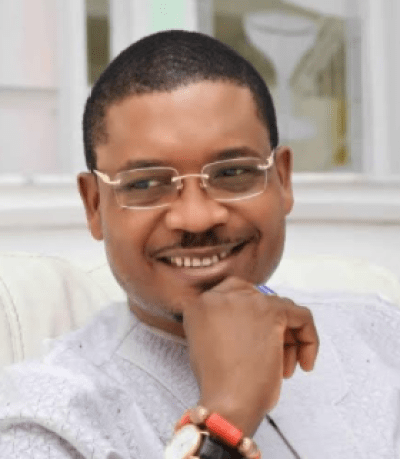 House of Reps Adopts Peller’s Motion on Reinvigoration of NOA

Do The Needful; You’re Forgiven – Sunday Igboho Tells Beninese Lawyer Who Abandoned Him

x     Igboho, had in a leaked audio, berated one of his lawyers Salami, for allegedly disrespecting…
byTOPNEWS MEDIA
Loading Comments...