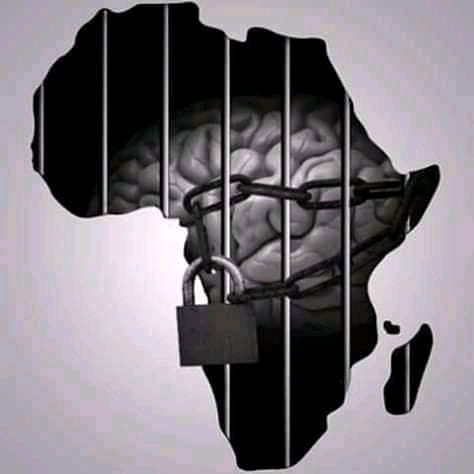 Advertisement
Advertisement
Advertisement
DID YOU KNOW???????????????????
In 313 AD, Christianity was legalised by Emperor Constantine through his edict of Milan to be among other religions in Rome after several years of oppression and torture by the Roman government.
In 325 AD, Christianity had the first council called the council of Nicaea where all its differences were settled and new practices were made coupled with the removal of some books that will destroy the very foundation of Christianity if revealed such as issues of the mortality of Jesus, the woman called Mary Magdalene and issues of Easter celebration.
In 380 AD, Emperor Theodosius declared Christianity the only and official religion in Rome through the edit of Thessalonica and declared every other religion as heresy and paganism.

From that moment till the fall of western Rome in 476 AD, Christianity became bloodsucking. The Pope and the Catholic church, started killing and burning innocent people who were not Christians. The greatest massacre and slaughter carried out by the church, was the Inquisition of 1233 AD and the killing of the Knight Templars on October 13th 1304 till 1312. The church became so corrupt that it engaged in many atrocities. It was until on October 21st 1517 when Martin Luther of Germany, posted the 95 evils of the church during the Reformation, that the church disintegrated into different groups like the Protestants and Anglicans.
The spread of Christianity was made faster with bloodshed and killing of innocent people in the name of Jesus Christ. Just as the spread of islam was made possible through killing and murder.
Even when it came to Africa as transatlantic slave trade, it was due to the advise of a Catholic Bishop name Las Casca. It was this Bishop who advised the European government to use africans as slaves. Christianity came with evil intentions in africa. It was used as a means to brainwash our people to accept the Bible and remain quiet when ever the white colonialists unleash oppression on them. When Christianity came to africa, the missionaries never gave us good education.  The missionaries taught us that we should leave everything in the hands of God but yet, their fellow whites were using us for slave trade and taking our land and pushing us into harsh labour.

The education they gave us, was to keep us indoctrinated and remain slaves for ever. According to Desmond Tutu of South Africa and Jomo Kenyatta of Kenya, when the missionaries came, they said we should close our eyes and pray. But as we opened our eyes, we found the Bible in our hands and our lands were taken from us while our young brothers and sisters, were quickly sold and pushed into slavery to be used to build the industries and plantations in America and Europe. This is because even the Catholic church then, supported and encouraged slavery.
It was the African slaves who made industrialization (building of industries and firms) in Europe (First in Britain) and America to be possible throught their hard labour and sweat. After the European government saw that the African slaves have accomplished their aims of industrialization in Europe and America, they quickly agitated for the abolition of slave trade and brought in a new trade called legitimate trade. After the legitimate trade, they fully came with colonialism. The essence of colonialism was not to develop africa or bring civilization in africa rather, is to facilitate the exploitation of African resources. The resources were used in the industries built by African slaves during slave trade. Therefore, the processes that led to the development of Europe and America were the same processes that facilitated underdevelopment in Africa.
No matter how Christianity tries to be good, history must be told to our children yet unborn and therefore, before we start looking forward, we should also look backward.
Marxist…..
Written By —–