In this short piece, we take you down memory lane to June 12, 1993 and the turbulent months that followed the annulment of Nigeria’s freest and fairest election yet. 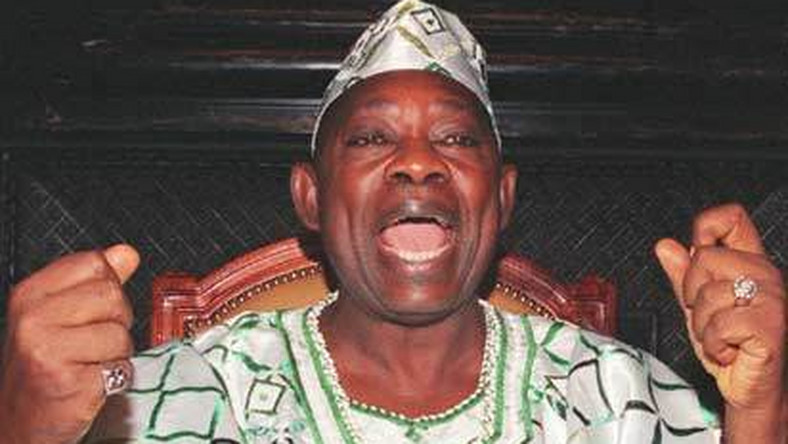 26 years ago, specifically on June 12, 1993, Nigeria’s freest and fairest election to this day, was conducted.

The election was later annulled by General Ibrahim Badamosi Babangida, popularly referred to as IBB.

He was the Chairman of the then National Electoral Commission (NEC) that conducted the June 12, 1993 election.

He was appointed into the position by IBB in 1989.

Bashir Tofa of the National Republican Convention (NRC) and Moshood Kashimawo Olawale (MKO) Abiola of the Social Democratic Party (SDP) were the candidates of the presidential election.

Nwosu had declared results of 14 out of 30 states at the time, with Abiola in a commanding lead, when IBB annulled the election.

Nwosu used the Option A4 Open Ballot system during the election, to wide acclaim.

He was the winner of the election but wasn’t declared winner at the time.

Abiola was arrested on June 22, 1994 for declaring himself winner of the election and president.

He died in military custody on July 7, 1998 after visits from United Nations Secretary General, Kofi Annan, Thomas R. Pickering, the Undersecretary of State for Political Affairs, and Susan E. Rice, the Assistant Secretary for African Affairs.

He was due for release on the day he died.

He was the presidential candidate of the NRC that lost to Abiola’s SDP in the third republic.

He was Abiola’s running mate for the election.

Kingibe joined politics at the onset of Nigeria’s 3rd republic.

He was with the Shehu Yar’adua led People’s Front of Nigeria (PFN) before the PFN merged with the SDP.

He was also Internal Affairs Minister, Power and Steel Minister and Ambassador to Greece and Pakistan at various times.

Kingibe was appointed Secretary to the Government of the Federation in June of 2007 under Umaru Yar’adua.

Borno State born Kingibe can still be found in the nation’s power corridors.

IBB is convinced that younger Nigerians will be happy to hear his side of history on presidential election on June 12, 1993 (ThisDay)

Nigeria’s military Head of State from 1985 to 1993. He was nicknamed ‘Maradona’ for severally shifting the transition to civil rule timetable.

He annulled the June 12 election because of “allegations of irregularities and other acts of bad conduct levelled against the presidential candidates….and documented evidence of widespread use of money.”

IBB “stepped aside” in the heat that followed the annulment, on August 26, 1993 and handed over the nation’s affairs to an Interim National Government (ING) led by Chief Ernest Shonekan.

IBB currently lives quietly in his Minna mansion after contesting for the presidency on the PDP platform in 2007.

Shonekan was only president for three months.

On November 17, 1993, General Sani Abacha sacked Shonekan from the throne, declared himself president and dissolved all democratic institutions and official positions.

Shonekan is currently 83 years of age.

He threw Abiola into jail in 1994 and was military ruler until June 8, 1998—the day he died in power; just when he was about transmuting from a military president to a civilian one, with five major political parties adopting him as their candidate.

The late Chief Bola Ige would refer to the political parties as “5 fingers of a leprous hand”.

There was also a Youth Earnestly ask for Abacha (YEA) movement led by a certain Daniel Kanu, pleading with the dark-goggled, never smiling dictator to continue as president in civilian garb.

Kanu organised the infamous “2 million march” in Abuja for Abacha.

On Abacha’s watch, pro-democracy activists calling for the actualization of the June 12 mandate and Abiola’s presidency, were hounded, chased into exile and sometimes killed.

One of the wives of Chief MKO Abiola.

Kudirat was at the forefront of the advocacy to restore her husband’s June 12, 1993 mandate.

Alongside other pro-democracy activists of the era, Kudirat led marches, granted interviews and railed against Abacha’s regime at home and abroad.

Six men reportedly carried out the operation and cut short Kudirat’s life with a machine gun.

Both men reportedly led Abacha’s fearsome ‘Strike Force’, with alleged orders to gun down enemies of the regime and June 12 advocates or campaigners.

It was at a time when protests for the actualization of June 12 began from university campuses and ended on the streets.

Sergeant Barnabas Jabila (aka Sgt Rogers) would confess years later that he was only obeying orders from his superior, al Mustapha.

Rogers and al Mustapha were accused of killing Kudirat and NADECO (National Democratic Coalition) financier, Pa Alfred Rewane who was assassinated on October 6, 1995.

Ibru who was shot in the face, lost the use of one eye.

Al Mustapha was arrested and tried for the murder of Kudirat after Abacha’s death. He was sentenced to death by hanging but was discharged and acquitted of the crime by the Appeal Court, Lagos division on Friday, July 12, 2013.

The appellate court ruled that there was not enough evidence to incriminate al-Mustapha in the murder of Kudirat.

x     The coalition of agitators for self-determination consists of southerners and Middle Belt people, under Ilana…
byTOPNEWS MEDIA

11 Things To Know About Foluke Adeboye (Mummy G.O) As She Turns 72