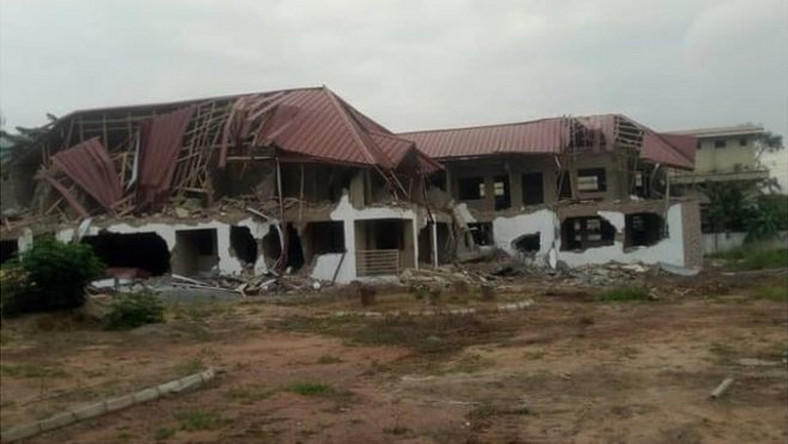 An enraged Ghanaian destroyed the staff quarters of Nigeria’s High Commission in his country. 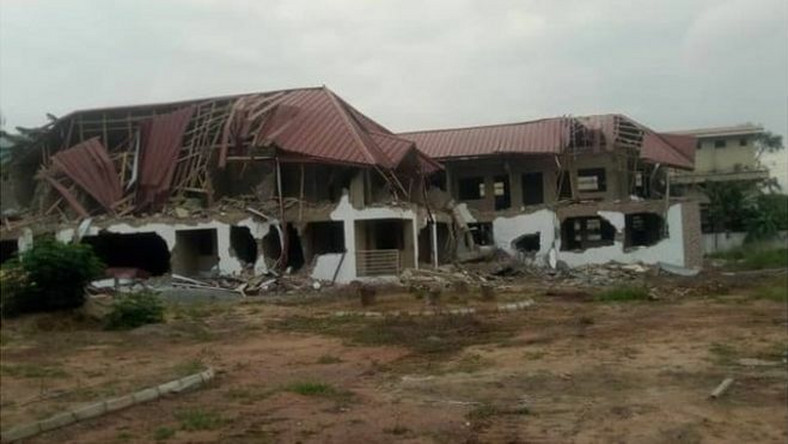 Last week, a businessman in Ghana claimed that the Nigeria High Commission property in Accra was sitting on his parcel of land.

So, he hired a bulldozing firm and brought down the property.

“The man showed up with evidence to support his claim and began to knock down the fence surrounding the building. The action of the man was not opposed. The Nigerian High Commission petitioned the Ghanaian government about it, but there was no response.

Days later, he returned to the premises of the staff quarters and this time, with a bulldozer,” ChannelsTV reports.

Joy News in Ghana reports that “some armed men stormed here with bulldozers and threatened staff of the embassy and while doing that, they pulled down the building.”

Emmanuel Kabutey, who is in charge of security at the Nigeria High Commission in Ghana said when police officers arrived at the scene, they did nothing to stop the demolition.

“When the police came, with the bulldozer outside, they had a friendly chat with the leader of the bulldozing team, exchanged phone numbers with him and allowed him to go,” Kabutey said.

The demolition could spark a diplomatic row between both West African neighbors.

When TopnewsTvReporter reached out to Sarah Sanda, who is the Special Assistant on Media to Foreign Affairs Minister Geoffrey Onyeama, for a reaction, she promptly cut off our calls. A text message sent to her on the development has also not been replied.

However, on Sunday, June 21, Onyeama said the demolition was the handiwork of criminals.

“We strongly condemn two outrageous criminal attacks in Accra, Ghana, on a residential building in our diplomatic premises by unknown persons in which a bulldozer was used to demolish the building.

“We are engaging the Ghanaian Government and demand urgent action to find the perpetrators and provide adequate protection for Nigerians and their property in Ghana,” the minister tweeted.