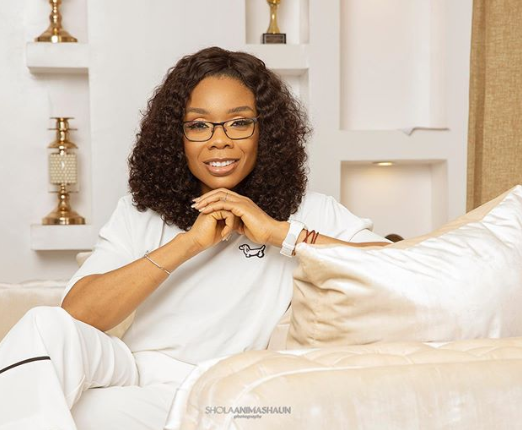 As she turns 40 years, here are some interesting facts about her.

2. She was born into wealth but faced financial difficulties when her parents separated at age 11.

3. She attended Chrisland school for her primary education before attending Coker Secondary School, Orile-Iganmu for her secondary school education.

4. She attended Yaba College of Technology briefly before obtaining a diploma in data processing from Olabisi Onabanjo University.

5. Her journey into the world of dance started with sports and aerobics.

6. However, a modelling job where she gave a solo performance that had celebrities in attendance became the stepping stone to her dance career.

7. She soon became a regular feature in award-winning music videos for artistes such as Ayuba, Seyi Shay, D’banj, P-Square Olamide Tiwa Savage, and some other international top acts.

8. She broke the Guinness World Record for “Longest Dance Party” at the Nokia Silverbird Danceathon in 2006. She danced for 55hours and 40minutes.

9. She is the founder and owner of Imagneto Dance Company, a Lagos-based dance group.

10. In 2017, she created ‘The Dance Workshop ‘ a dance convention aimed at training and mentoring professional dancers as well as promoting cultural exchange within the Nigerian dance industry.

11. Some of the reality shows she has featured in include Malta Guinness Street Dance – (Judge) Project Fame West Africa – (Faculty Member) and Dance with Peter – (Judge and Faculty Instructor)

12. Kaffy is married to Joseph Ameh, a music director and drummer for duo P-Square and they are blessed with two children.