Connect with us
Advertisement

Yakubu says the purpose of keeping the money was to think about a business venture he could embark on after his retirement. 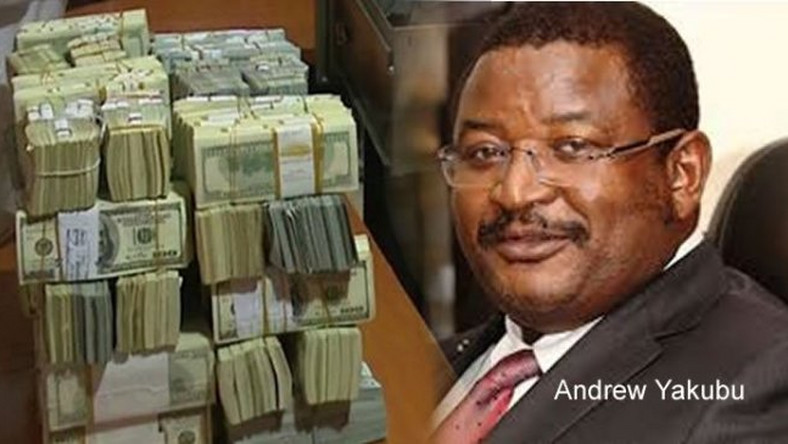 Former Group Managing Director (GMD), Nigerian National Petroleum Corporation (NNPC), Andrew Yakubu, on Wednesday, told the Federal High Court, Abuja, that substantial part of the money found at his Kaduna residence by EFCC in 2017 was given to him as gift after leaving office.

Yakubu made this known while testifying before Justice Ahmed Mohammed as defence star witness in an alleged money laundering case instituted against him by the anti-graft agency.

Yakubu was, however, arraigned on March 16, 2017 on six counts but was ordered by the Court of Appeal to defend counts 3 and 4 which bordered on failure to make full disclosure of assets, receiving cash without going through a financial institution and intent to avoid a lawful transaction in alleged violation of Section 1(1) of the Money Laundering Act, 2011 and punishable under Section 16(2)(b) of the Act.

Responding to questions from his Counsel, Ahmed Raji, SAN, Yakubu confirmed that the money discovered in his property by the EFCC belonged to him.

“Yes, my lord, I confirm that the money in a safe in counts 3 and 4 was taken from my property.

“As I stated in my statement to EFCC, the money found in the safe is mine.

“And the substantial part of the amount was given to me after I left office and it was given to me on the occasions of birthday, thanksgiving service and other celebration I hosted after leaving office,” he said.

According to him, it also included “gift I got from the marriages of my daughters.

“Approximately, the substantial amount of about over 98 per cent was given to me,” he added.

Yakubu explained further that the purpose of keeping the money was to think about a business venture he could embark on after his retirement.

“My lord, since the money was given to me unexpected, I kept the money in safety in the safe pending when I will decide on business venture to embark on and as soon as that decision crystalised, the business will be funded through a financial institution,” he said.

On the remaining two per cent of the money, he said he got them through extacodes he received from international trips he had while in office.

“For over 25 years, I had reason by virtue of my schedule to travel to many parts of the world outside Nigeria and so I was entitled to extacodes in the United States dollars and any saving (earning) I made my lord during the trip, I had reason to save.

“So my lord, the remaining 2% is from the travels,” he said.

Yakubu told the court that he started the saving in the safe where the money was found at his residence between 2010 and 2014.

No sooner had Counsel to the EFCC, Mohammed Abubakar began his cross examination than Justice Mohammed adjourned the continuation of the exercise until July 22.

NAN reports that the judge had, on June 24, declined to stop further proceedings in Yakubu’s trial, saying that though both parties had filed appeals before the Supreme Court, whose outcome would likely impact the case before him, he was constrained by virtue of Section 306 of the Administration of Criminal Justice Act to continue with the case as ordered by the Court of Appeal.