Lawmakers have passed a resolution to honour the deceased officer.

Members of the House of Representatives have reached a resolution to immortalise the deceased Flying Officer Tolulope Arotile.

Arotile was winged as the first ever female combat helicopter pilot in the Nigerian Air Force (NAF) on October 15, 2019, after completing her flying training in South Africa.

She died from head injuries sustained from a road traffic accident at NAF Base, Kaduna on July 14, 2020.

The true nature of her death has been debated in public since an announcement by NAF, with some suggesting the official account is not convincing.

Honourable Taiwo Oluga, representing, Ayedaade/Irewole/Isokan Federal Constituency, Osun State, raised a motion during plenary on Tuesday, July 21, on the need to ensure thorough investigation on the cause of the pilot’s death.

Oluga described Arotile as a national hero and a role model to Nigerian youths who was a valuable asset to the nation’s fight against insecurity.

“The House urges the Nigeria Police Force and other relevant law enforcement agencies to be thorough with the ongoing investigations into the cause of her death with a view of unravelling the circumstances leading to her unfortunate demise,” she listed as part of her proposed resolutions. 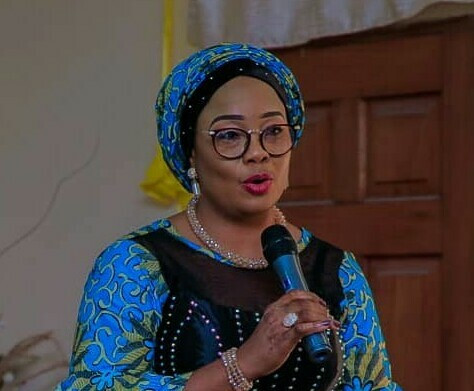 She also proposed that the deceased officer be immortalised by naming a national infrastructure, especially with the Air Force, after her, or naming a street inside the NAF Base Kaduna, where she died, after her.

The lawmaker also proposed that the officer be promoted posthumously as she was waiting on the results of a promotion examination when she died.

All the resolutions were passed, before the lawmakers observed a one-minute silence in her honour.

Force spoksperson, Air Commodore Ibikunle Daramola, said the deceased was killed in an accident when three of her former classmates, all civilians, spotted her walking on the base and accidentally knocked her down while trying to get her attention.

“The vehicle struck Flying Officer Arotile from the rear, knocking her down with significant force and causing her to hit her head on the pavement.

“The vehicle then ran over parts of her body as it veered off the road beyond the kerb and onto the pavement, causing her further injuries,” preliminary investigations revealed.

NAF ruled that Arotile’s death was caused by blunt force trauma to the head, and significant bleeding resulting from being struck by the vehicle.

The three involved in the accident have been identified as Nehemiah Adejoh, who drove the car, Igbekele Folorunsho, and Festus Gbayegun.

Adejoh, it has been revealed, was driving without a licence at the time of the accident.

NAF said during the weekend the case will be handed over to the Police.

Arotile will be buried with full military honours at the National Military Cemetery, Abuja on Thursday, July 23.

Dear Sanwo-Olu, the roads in Lagos are just not good enough [Topnewstv Editorial]
Here are ways to naturally enlarge the male organ