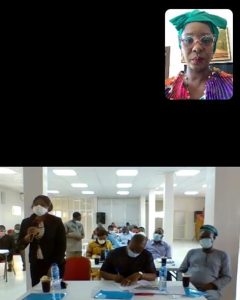 Dr. Abdulrazaq in her keynote address commended the Kwara TB team for not allowing the peculiarities of these times to distort the progression of their work in the state.

She noted that Tuberculosis is a potentially serious infectious disease that mainly affects the lungs. The bacteria that cause tuberculosis are spread from one person to another through tiny droplets released into the air via coughs and sneezes.

Nigeria and indeed Kwara state contributes significantly to this burden, there are over two thousand five hundred TB missing cases in the state which need to be identified, diagnosed, and placed on treatment, she said.

Her Excellency in her remark said Kwara state has no doubt contribute to the burden of Tuberculosis in Nigeria with case notification of 35 percent of her annual target and 65 percent missing cases in 2018 alone.

These cases tend to have a multiplying effect on the disease burden among children as one smear-positive case has the probability of infecting an additional 15 to 20 persons over the year. 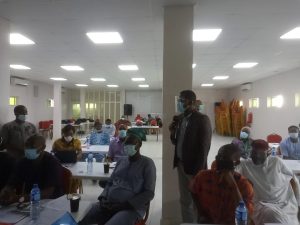 Dr. Abdulrazaq urged that all hands must be on deck to ensure that we put an end to the spread of the disease in our communities, the state, and Nigeria at large.

Her Excellency in her address commended the Executive Governor of Kwara State, His Excellency Mallam Abdulrahman Abdulrazaq for always making the health and wellbeing of the people his core concern. She equally

commended the Kwara State Ministry of Health and the United States Agency for International Development (USAID) for working tirelessly to ensure a successful session.

Her Excellency restated the commitment of her office and the Ajike peoples Support center in creating awareness and sensitizing the people on the need to get themselves tested in the event that they feel any symptom of the disease.

Flood: Lagos Releases List of Areas Where Residents Should Be Ready To Relocate

x   How to start a Modeling Agency Modeling and fashion is currently one of the biggest industries…
byTOPNEWS MEDIA
Loading Comments...