Here are the names of lawmakers who benefited from NDDC contracts, according to Akpabio 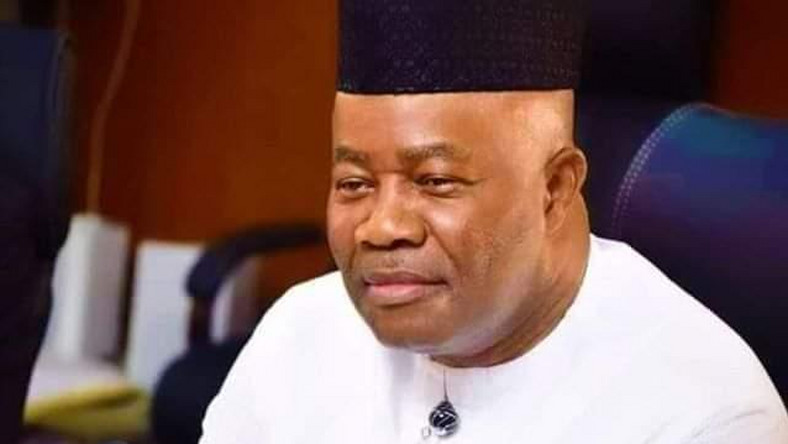 Niger Delta Minister Godswill Akpabio has sent a list of lawmakers who benefited from contracts awarded by the Niger Delta Delta Development Commission (NDDC) to Speaker of the House Femi Gbajabiamila.

In a document attached to his response to the ultimatum by the House of Representatives, Akpabio listed four senators who received 74 contracts from the commission between 2017 to date.

He accused the Chairman of the House Committee on NDDC, Hon. Olubunmi Tunji-Ojo, of inserting 19 contracts worth N9 billion into the 2019 NDDC budget.

According to Akpabio’s list, the Chairman of the Senate Committee on NDDC, Senator Peter Nwaoboshi, allegedly executed 53 NDDC projects from 2017 to date.

He also accused three other senators namely: Matthew Urhoghide, James Manager and Sam Anyanwu of executing a total of 21 NDDC contracts during the period under review.

In the document with a three-page covering letter titled: “Some Niger Delta Development Commission (NDDC) Contracts Allegedly Given to some Members of the National Assembly – Senate and House of Representatives,” the contracts listed against Nwaoboshi’s name included Emergency Repairs of Asue Street, Owa Phase 2; Emergency Repairs of ldumuogbe Road via Ojemaye;

Other lawmakers that Akpabio listed projects against are, Senator Mathew Urhoghide (six projects), Senator James Manager (six projects); former Senator, Sam Anyanwu (19 projects), and others simply identified as Ondo and Edo representatives, with the project costs not supplied by the minister.

In accusing the Chairman of the House of Representatives committee on NDDC, Tunji-Ojo, of padding the 2019 budget of the NDDC with 19 contracts worth N9 billion, the minister revealed that “in the 2019 budget, the Executive Director in charge of projects forwarded to me the attached list of 19 Nos. old contracts amounting to almost N9billion after tax, that the House of Representatives Committee Chairman on NDDC, Honourable Tunji-Ojo, insisted that the IMC of NDDC must pay before 2019 budget details could be released to the commission.”

In the letter addressed to the House speaker through the Clerk of the House of Representatives, Akpabio further stated that “It has always been known that the two chairmen of the committees on NDDC in both chambers yearly exhibit unusual influence to the exclusion of committee members and even the management of the NDDC in appropriating funds to details embellished in the budget after the passage of line items at the plenaries. 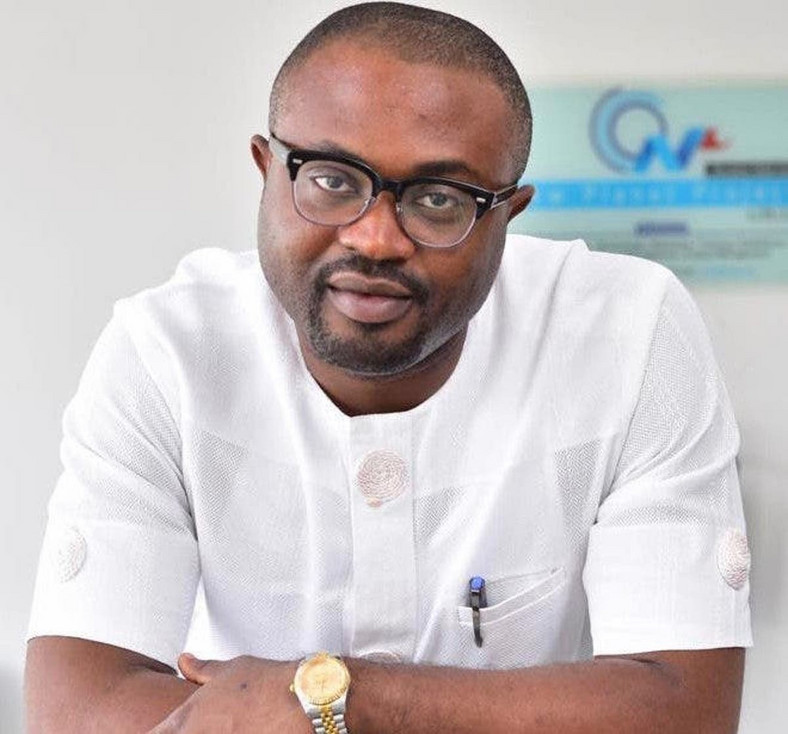 “To show you some typical examples, herewith attached are documents showing the nature of contracts, amount of such contracts (in some cases), date of awards and beneficiaries. Some were awarded to the two chairmen of both committees in the House of Representatives and the Senate, respectively, serving at the period of the awards (Annexure ‘B’, ‘C’ and ‘D’).

“However, due to the 48 hours’ notice, the forensic auditors could not sift through the thousands of files in their possession to provide more.”

Akpabio continued: “The investigating Committee on NDDC refused and/or neglected to give me the opportunity to explain that reference to most NDDC contracts yearly being awarded since 2001 from the records allegedly to members of the National Assembly in both Chambers were done without the knowledge of the alleged beneficiaries.

“However, the two Chairmen of the Committees in both Chambers had adequate knowledge;

“In fact, the 2019 budget passed in February and harmonised between the 4th and 5th of March 2020 was received by the commission in the middle of April 2020, when the same was designated to expire on the 31st of May, 2020. 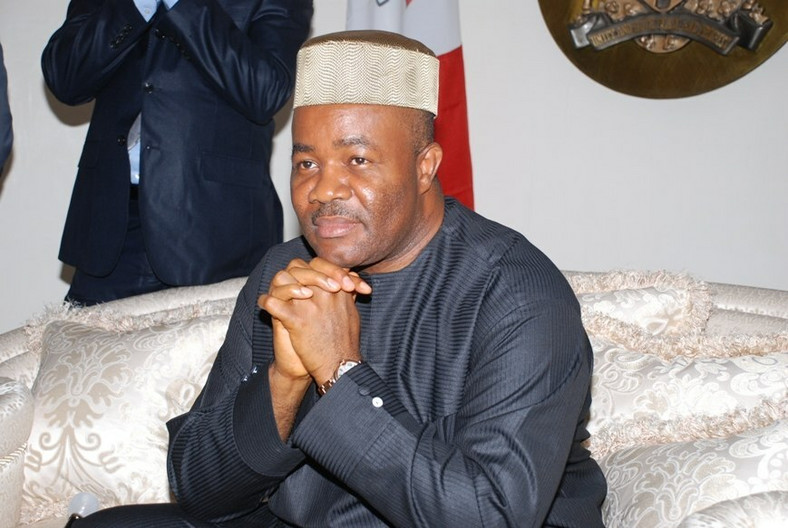 However, it is pertinent to point out that the Clerk of the National Assembly forwarded a letter Ref. NASS/CNA/115/VOL.38/1175, dated March 20, 2020, without attaching the budget details indicating that the 2020 budget of the NDDC passed into Law was being forwarded (copy of the letter is attached as Annexure ‘A’).

“This anomaly was brought to the attention of the Senate Ad Hoc Committee investigating a purported financial recklessness by the management of the commission in July 2020, though the first outcry was on allegation of missing N40bn which was totally untrue.” 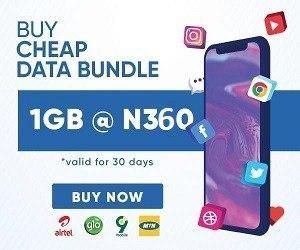 Nwaoboshi told ThisDay newspapers that he is challenging Akpabio to publish the names of the directors and shareholders of the companies that executed the said 53 NDDC contracts.

“He (Akpabio) is confused. I challenge him to publish the directors and shareholders of these companies. I don’t award contracts and I don’t pay for contracts. My brother, go to CAC and find out the truth. I pity him,” Nwaoboshi said.

“He didn’t say I padded the budget; what he wrote in his letter that was read which I heard was that the Executive Director in charge of Projects told him that I said they should pay for 19 old contracts before we could pass their 2019 budget. That is what he said, not that I padded the budget, there are two different things.

“I have never made such a request and I have challenged them to bring evidence that I told them to do that. These are just spurious allegations as usual.

“And again, thankfully, he did not say the contracts are my contracts; he said 19 old contracts; that is, there are already existing contracts, not new contracts,” Tunji Ojo said.

“Even though there is nothing criminal to say go and pay your debtors. After all, I’m not asking them to pay me. But I didn’t even say so and I have challenged them since last week Thursday publicly that they should go and bring evidence. 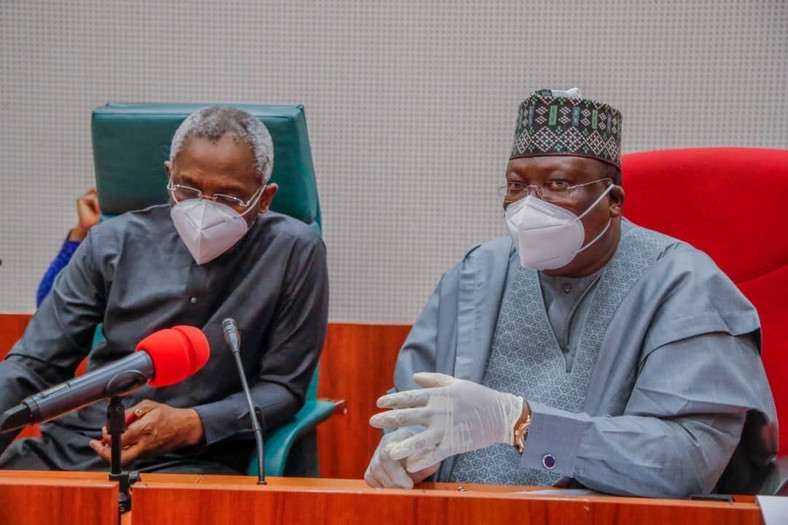 “There is nothing like that; all these things are just to divert attention from key matters and of course, that’s what they are trying to achieve.

“They keep changing their stories just to get public sympathy to divert the attention of Nigerians away from the crux of the matter, which has to do with the activities of the IMC from January till date.”

The NDDC has been mired in corruption since it was established in 2000 to bridge the development gap in the oil rich but impoverished Niger Delta region.

x       During the distribution of palliatives to school pupils in May, Pulse gathered a tripartite story of…
byTOPNEWS MEDIA