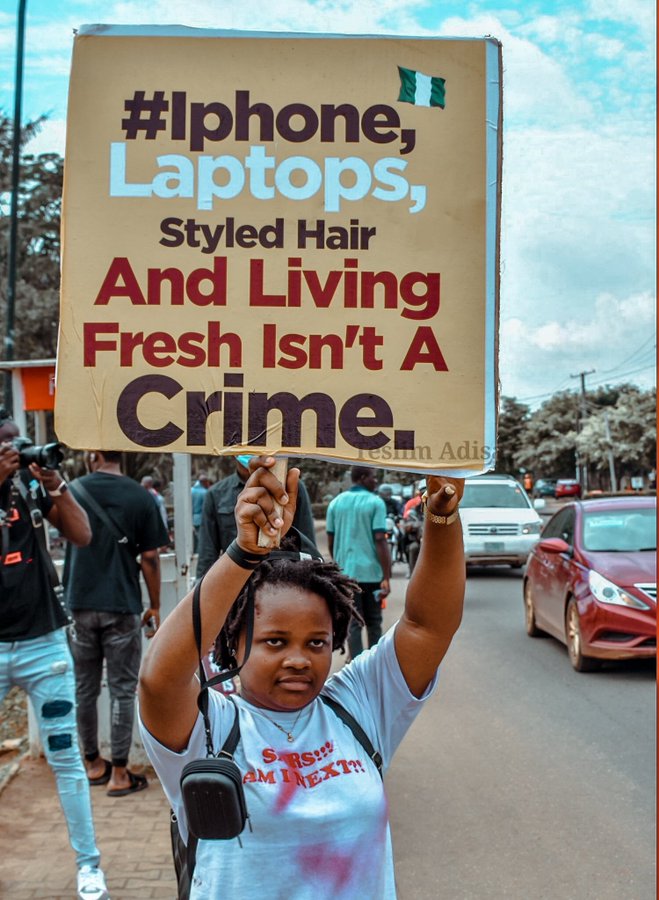 Leaders of the National Assembly have begged #ENDSARS protesters to stop the protest to allow government address their demands.

The President of the Senate, Ahmad Lawan; and the Speaker of the House of Representatives, Femi Gbajabiamila appealed to the protesting youths after their meeting with President Muhammadu Buhari on Sunday, October 18, 2020, in Abuja.

Speaking to journalists after the meeting, Lawan said the government is working hard to address all the issues the youths have raised.

He said, “Since the protests have taken place and issues have been accepted, the time has come for the protests to stop because government needs to have sufficient time and clement environment to implement the demands of the protesters.

We also need to have our economy to continue to go on. When you try to stop everybody from engaging in their lawful businesses by closing roads to market and other economy places, we distract the economy of the country and that’s not the best way to go.

“Therefore, I am taking this opportunity to appeal to our youths, who are protesting that the protests have already yielded desired results.

“First of all, they said endsars, that was the beginning. SARS was ended not by the IGP but by the president himself.”

For more than a week, Nigerian youths have been protesting against police brutality and calling on government to reform the Nigeria Police Force.

Despite the dissolution of SARS, a police unit notorious for extra-judicial activities, the protests intensify as it spread to major cities in the country.