Buhari says he’s a reformed democrat but has struggled to prove it in five years.

When President Muhammadu Buhari prepared to address Nigerians in a national broadcast late on Thursday, October 22, 2020, he had only one job.

Nigerian soldiers, according to eyewitnesses, had shot live ammunition at anti police brutality protesters in Lagos, and people died while dozens others sustained injuries.

Other incidents had happened before and after the shooting also begging to be addressed, but the violent military assault on peaceful protesters was the inciting incident that led to a resurgence in the demand for the president to address the country.

Nigerians and the international community looked to the president to provide answers to burning questions about a most senseless tragedy, and looked to him to empathise with those affected.

It was a misplaced hope, because five years of Buhari should be enough to teach Nigerians that he won’t ever rise to the occasion when empathy is the most useful resource.

And he did not disappoint or betray that personal history during his brief address on Thursday night.

At 77, Buhari has had an eventful career, most of it as a military strongman with a sometimes obsessive admiration for his own personal integrity.

In all of the years he has spent in public service, the greatest trick he ever pulled was to convince millions he was a changed man.

The truth is Buhari never changed with the times.

The Daura native never left his sanctity of the 1980s when he deposed a democratic government and took over the reins of the country for nearly two years before he was booted out of the door the same way he came.

Buhari’s 80s mien was sculpted by the belief that the Nigerian society was bent out of shape, and he was the one man capable of reinstalling civic responsibility.

So, like military strongmen do, military horsewhips were used to maintain bus queues, and, generally, the campaign to correct social maladjustment was left squarely in the hands of military officers who cannot resist the temptation to abuse power.

Public policy did not escape similar treatment, and simply approaching every issue with a scorched earth strategy made the most sense.

It was a military thing, and Buhari was just acting true to type, like all strongmen.

Except he came back decades later and said he was a changed man.

“Reformed democrat,” he called himself, and enough people bought it that he returned in 2015 as a democratic president.

Only he wasn’t reformed.

It’s futile picking through the entire speech with a fine-tooth comb, but a standout moment was the president’s suggestion that his prompt reaction to the demands of the protesters was probably ‘misconstrued as a sign of weakness’ on his part.

The peaceful #EndSARS protests kicked off with a demand to scrap the Special Anti-Robbery Squad (SARS) of the Nigeria Police Force owing to the well-documented history of extra-judicial activities of its officers.

True enough, the government scrapped the unit one week into the protests, but it wasn’t enough to convince protesters to end a nationwide demonstration that at the time already attracted global attention.

The major reason the demonstrations did not end was a lack of trust in the government; after all, SARS had been reformed and reorganised numerous times under Buhari in the past four years alone without any significant changes.

But that’s not how Buhari saw it.

If the tone of his voice was any indication, caving to the demands to end SARS was a weakness because then it just emboldened the people to demand for more.

And what’s a Buhari presidency where the only voice that matters isn’t his?

For years, Buhari’s national broadcasts have retained a military posture, delivered with the curtness of a disinterested septuagenarian, and without a question and answer session with the media with which he shares a frosty relationship.

And that’s when he bothers with broadcasts at all.

Thursday’s address came only after relentless clamour by Nigerians, and as a result of the international eyeballs Tuesday’s horror show attracted.

Otherwise, Buhari is usually all too eager to hide behind the lifeless press statements signed by his coterie of equally sharp-tongued media aides who have simply adopted his attitude.

And, again, that’s when they bother at all.

One could easily draw a straight line from Buhari’s ‘weakness’ comment on Thursday directly to the treatment that peaceful protesters have had to endure since the nationwide demonstrations against police brutality started in early October.

First, it was the police officers maiming and killing protesters; and when that started to become a spectacular PR disaster, it was the turn of mysteriously well-coordinated thugs to run amok and maim and kill protesters while authorities became spectators.

That weaponisation of violence against peaceful protesters is what eventually snowballed into Tuesday night’s disaster.

The Nigerian Army, of which Buhari is Commander-in-Chief, has spat in the face of video evidence to insist that it was not responsible for the shooting.

The Lagos State government has set up a panel to investigate the shooting despite its limited capacity to actually do anything about its findings.

Buhari, in his usual style, has simply decided to pretend as if the incident didn’t happen, even after getting briefed during a well-publicised National Security Council meeting he chaired before his broadcast.

Instead, the president used his Thursday broadcast to completely bury the elephant in the room, only to tell protesters in no uncertain words that it was time to quit.

Muhammadu Buhari has not met a thing in his life that cannot be handled with an iron fist. He’s the man whose only possession is a hammer, so everything has to be a nail.

His army of supporters will always point out that his aloofness is only a matter of leadership style, but the truth is the man never outgrew the 80s, a time his military powers was at its peak.

He’s wearing a different garb right now as a democratic president and is significantly straitjacketed by democratic conventions, but a leopard rarely changes its spots.

And this is what five years of Buhari has shown in abundance.

Last week’s broadcast was only the latest proof.

Topnewstv Editor’s Opinion is the opinion of an editor at Topnewstv. It does not represent the views of the organisation Topnewstv.

x     Advertisement         The details and identities of the victims of the St.…
byTOPNEWS MEDIA 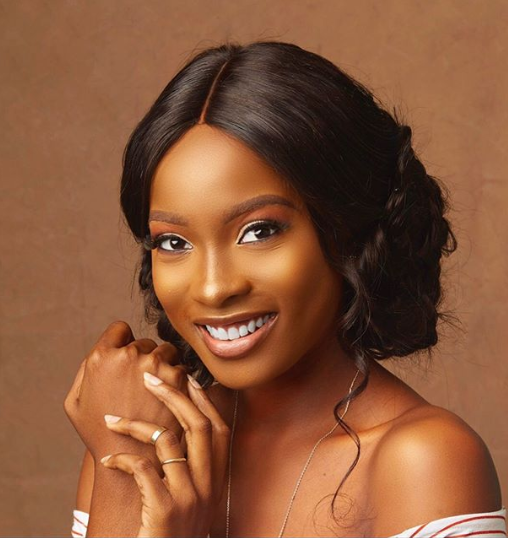 9 Things You Didn’t Know About MTV Shuga Star, Jemima Osunde As She Turns A Year Older