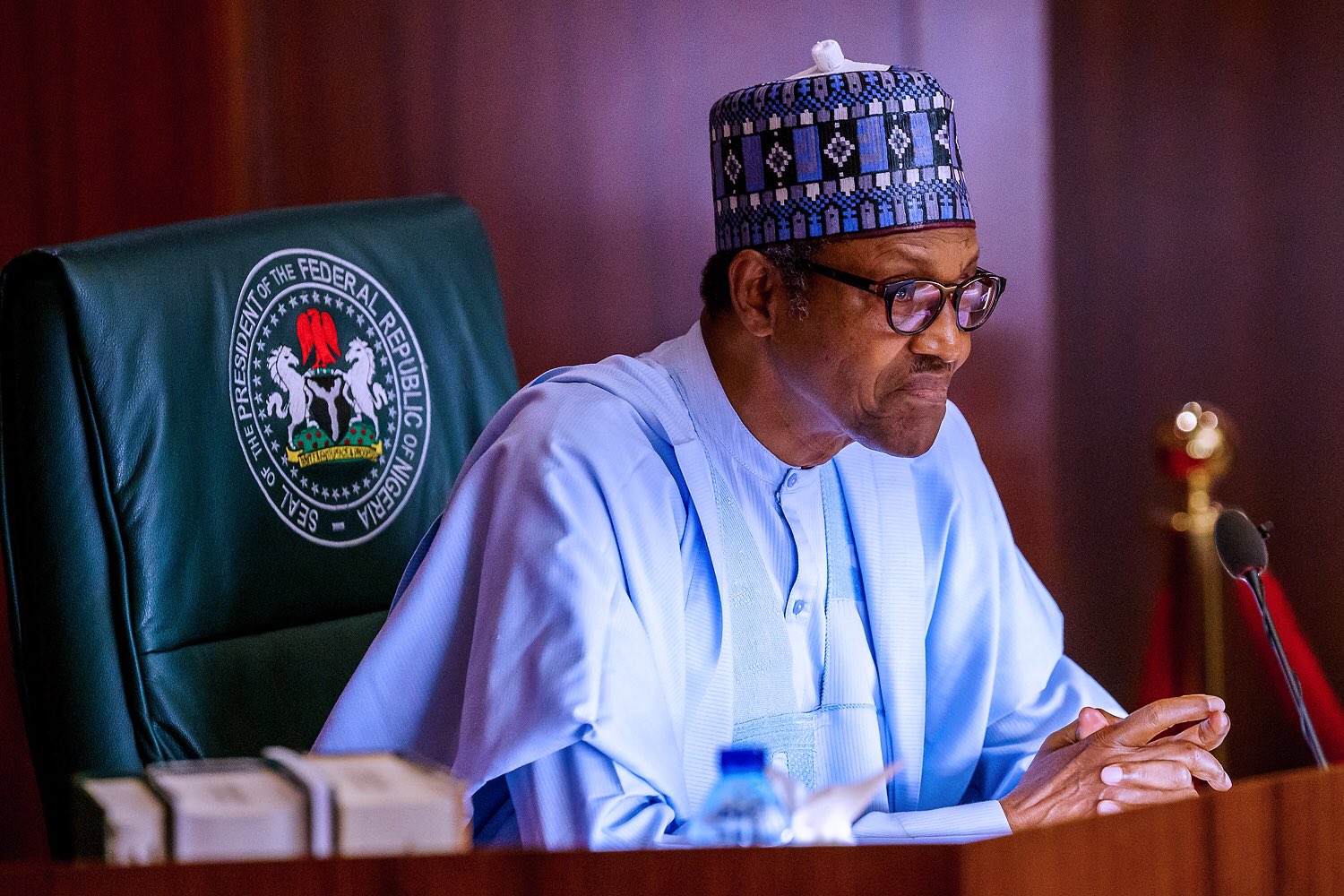 A group of activists, politicians, celebrities, and other advocates for change have signed an open letter published as an advertisement in The New York Times to President Muhammadu Buhari, highlighting the administration’s ‘unwarranted force against its own unarmed citizens’ and calling for the end of SARS.

A part of the letter reads, “As people who have supported the Black Lives Matter movement in the United States and throughout the diaspora, we cannot be silent when similar atrocities take place in African countries. We demand respect for the Nigerian people, especially as they engage in their constitutional right to protest grave injustices. As president of the world’s most populous Black republic, you assume a leadership role on the global stage. Nigeria matters”.

The letter goes on to outline actions that the activists demand immediately, including the release of jailed protesters, activists and journalists, holding all officers found responsible for the killing at Lekki Toll Gate on October 20, 2020, accountable, permit a transparent investigation by independent human rights monitors into the actions that led to the killings at Lekki Toll Gate; and lift the ban on peaceful demonstrations throughout Nigeria.

The letter concludes with, “Nigerians deserve better. Africa deserves better. The world deserves better. We remain united in our calls for justice until all Black lives matter throughout the world.”

Read the full letter below: 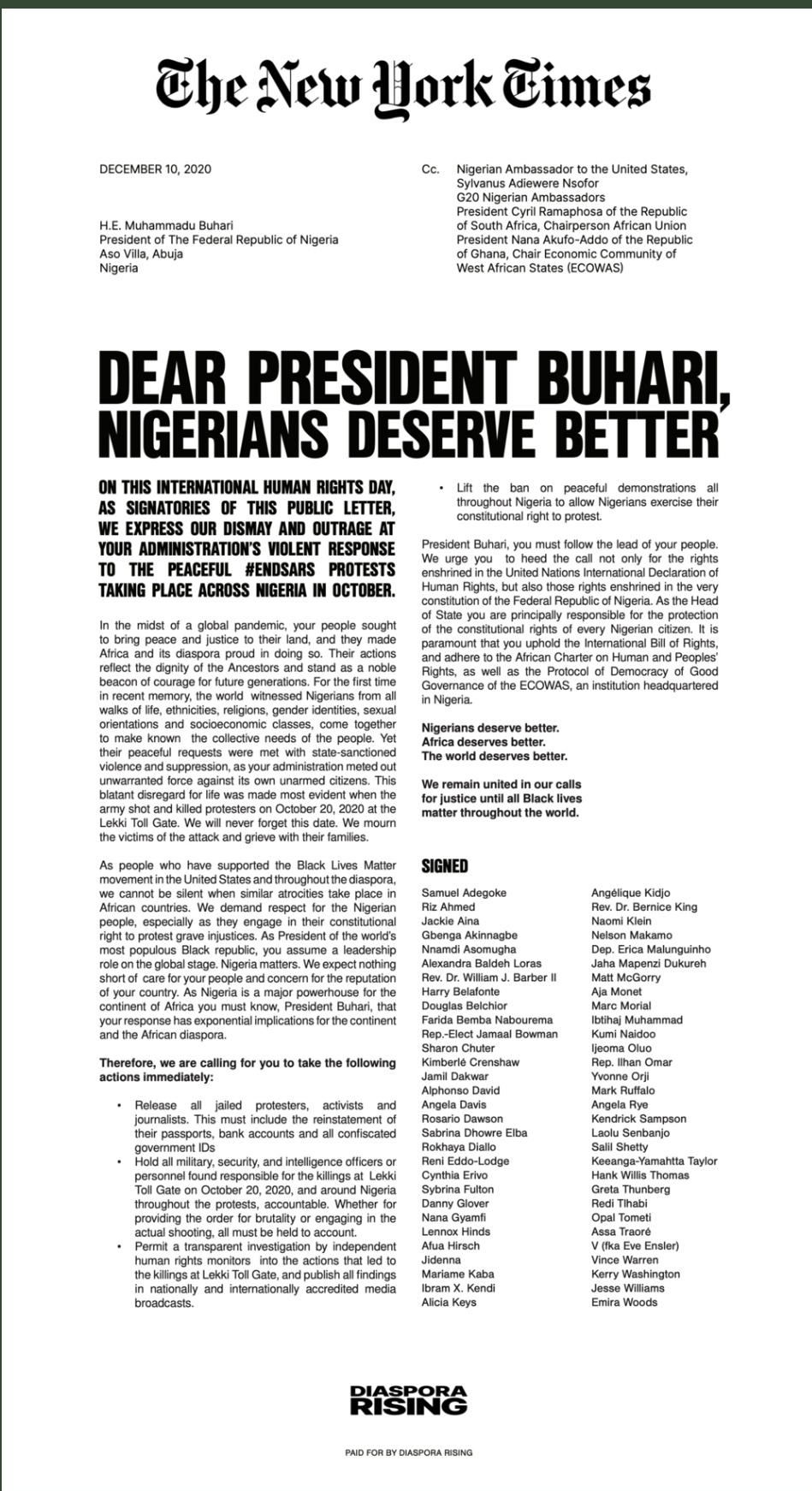 These symptoms indicate that you might be infected with Coronavirus

x     Everyone is all about preventing Coronavirus but these are symptoms you should look out for.…
byTOPNEWS MEDIA

We All Want Justice for Bamise

Gov Makinde not behind attack on Sunday Igboho’s residence -Lawyer