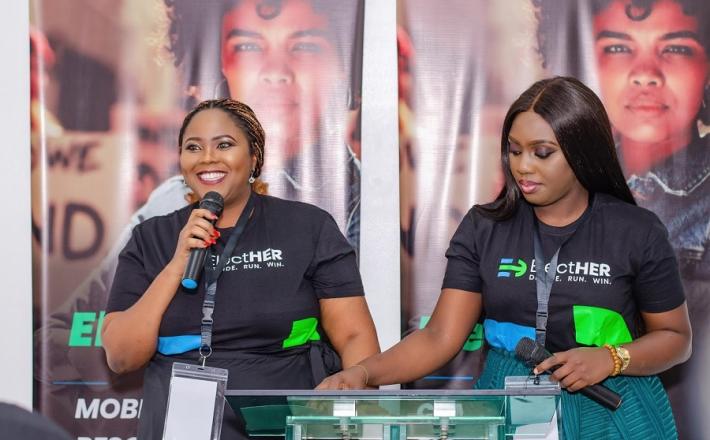 ElectHer, a non-partisan political engagement organisation, has kicked off an ambitious campaign to ensure more women representation at the polls in 2023.

Launched in 2019, the organisation has been working to bridge the inequality gaps in Nigerian politics by addressing the under-representation of women in elective positions.

Cofounder, Ibijoke Faborode, announced at an unveiling event in Lagos on Monday, March 1, 2021 that the organisation hopes to empower 1,000 Nigerian women ahead of the next general elections with a $10 million fund.

She said support will manifest in the form of behavioral change communications, skills development, and human capital mobilisation.

The fund will also more specifically be tailored towards directly funding the electoral campaigns of 35 women for the project tagged “Agender 35”.

“What we’re really trying to do is de-risk the process of running for women.

“We’re trying to provide the critical socio, human, and financial infrastructure that will drive a critical shift,” Faborode said.

She lamented that Nigeria’s political space excludes women, making it critical to empower them to operate from stronger positions.

She said there will be a focus on candidates for parliamentary elections as legislative chambers are where the most important policies are shaped.

Faborode said the organisation is interested in pushing competent people who have progressive ideas, and care about the country, and that the support is not limited to candidates of any particular parties.

She announced that principal investment and advisory firm, Platform Capital, is already supporting ElectHer with the first $2 million to kick off the campaign, and appealed for more private sector players, especially women, to lend their support.

Addressing stakeholders from the media, diplomatic community, and development partners at Monday’s event, Platform Capital chairman, Dr Akintoye Akindele, said the economic empowerment of Nigerian women is going to lead to an eventual political takeover, noting that female leaders have distinguished themselves across the world.

He said gender should not be relevant in picking leaders, and that women in important political positions will provide balanced perspectives on policies.

“We’re not asking for women to be given a free ride, we want a fair ride,” he said.

Tomiwa Aladekomo, the acting chairman of Youth Party, noted that the low level of female participation is systemic and intentionally designed to keep the status quo in power.

He said there must be deliberate structures for creating spaces for everyone to participate in politics.

She said the movement requires the collective effort of all critical stakeholders to create a more balanced political space to benefit the country.