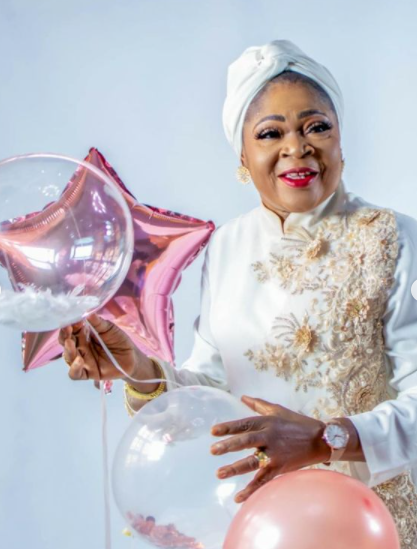 Queen Salawa Abeni is a Nigerian singer known for promoting the ‘Waka’ genre of music in the 70’s.’

As she turns 60, here are some facts about her.

2.She hails from Ijebu in Ogun State.

3.She only got up to the elementary school training because her father did not believe in training women.

5.She released her debut first album, Late General Murtala Ramat Mohammed in 1976 under the Leader Records.

6.The album became the first recording by a female artist in Yoruba songs to sell over a million copies in Nigeria.