Who was Jesu Oyingbo? 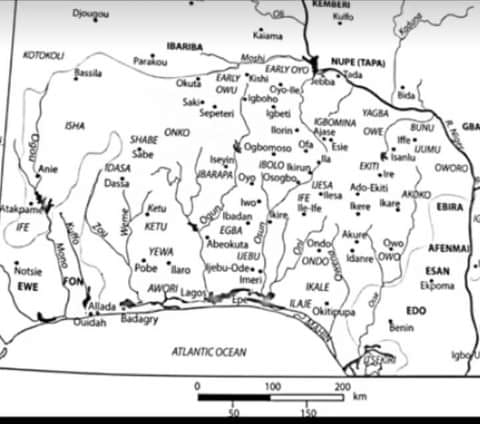 Aka Jesu Oyingbo as the long awaited Jesus Christ.

Some people believed him,thanked their stars for witnessing the second coming of Jesus Christ.

They packed their belongings and deserted their homes and families for the communal enclave of jesu Oyingbo.

Foretold in the new testament. I have come, and those who believe in me will have an everlasting life and joy.

I am the missing of the trinity.i have to prepare the faithful for the judgement day”.

Jesu Oyingbo’s church named Universal college of regeneration (UCR) was at first in the Oyingbo suburb of Lagos.

And this earned him the “Oyingbo” in his alias.

Trained as a carpenter,he served with post and telegraph during the war.

He took on carpentry work and opened a shop in Lagos Island.

However,he struggled as a carpenter and was constantly in debt,he was jailed for six months on charges brought by his creditors.

During this period, Odumosu attended various protestant churches in Lagos.

But soon claimed he received Dreams and visions from God.

It was also alleged that the books written by “jesu Oyingbo’s grandfather on herbalist practices” were passed on to him.

It was rumoured at a time in Lagos that these books were the sources of his powers.

There is even a Yorùbà song that acknowledged his divinity claim despite not quite accepting of the claim which goes thus;

Enclave and other building owned by jesu had weird sculptures,

Which made people believed the more that he was operating a cult.

Rumours has it that Jesus Oyingbo’s acquired massive wealth in the course of operating his ministry.

It was also revealed that jesu Oyingbo was married to over 30 women and fathers to dozen.

And members of the commune slept with one another’s wives.

Of death in 1988 when he was aged 73, and he died in a hospital outside the commune.

Most of his followers did not believe that their messiah had died and failed to resurrect after three days as he prophesied.

Most of them got disheartened.

As a polygamous family,jesu Oyingbo died without a written will,his wives, children and members.

Engaged in a legal brawl over man’s properties.

His death would mark the beginning of a prolonged chaotic battle for the estate he left behind.

Court papers later revealed the darnedest details about jesu Oyingbo’s like and time from plaintiff testimonies and witness accounts.

Jesu Oyingbo was the ultimate scam artist who ran his religious as a private business.

However,in 1997, the court ruled In favor of the children who then evicted their father’s followers living in the enclave.

x     Alajashe of Ajashe from Port Novo, and his counterpart from Seme are said to be…
byTOPNEWS MEDIA