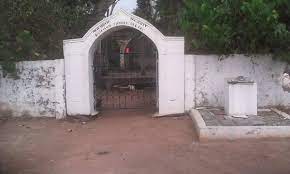 The Ijebu people in Ogun State believe that the Queen of Sheba is actually Bilikisu Sungbo, a wealthy and childless widow from medieval times…

The past is a repository. Within its dark pages and hazy corners lie stories that would light the path and connect the dots between our questions and the answers that stare at us from places we have never thought to look in.

Regardless of where you get your accounts of times gone past, from the oral stories of older folk or thick volumes curated in London’s many scholarly halls, one thing strikes many people from the moment they begin to notice patterns.

Mythology, and its slightly more accurate sister, History lean in favor of the male gender.

From Zeus to Sango to George Washington, the icons and legends of entire civilizations and nations are not the women who birthed its fore-bearers, but the bearded God who made children with humans and the father of a nation who kept other nations in chains.

This is not to say there is no space for the female folk. Among the few women who find a place in old wives tales and history texts, perhaps the most prominent is the legend of a queen of biblical times.

She is known as Bilquis, Bilikisu, or more notably, the Queen of Sheba.

The legend of the Queen of Sheba is one of history’s more fertile legends; over time, it has been re-imagined by Jewish, Islamic, Arabian and other many interpretations.

As a result of this, accounts of her life differ depending on who’s telling the story.

Still, her story is widely recognized as a Biblical one, and the most popular account of it is that offered in the Bible; the story of her visit to King Solomon.

According to the Book of Kings, the Queen of Sheba came to Jerusalem with a very great retinue, with camels bearing spices, and very much gold and precious stones, “and when she was with Solomon, she communed with him of all that was in her heart. And Solomon told her all her questions: there was nothing hid from the king, which he did not tell her” (I Kings 10:2–3)

In the Queen’s time with King Solomon, she was so astounded by the opulence and advancement of his court, as well as his wisdom, that she offered her respect for the King and the God of Israel, Yahweh.

Out of this respect, she gave large amounts of gold, rare wood and spices, precious stones in tribute to King Solomon.

“And King Solomon gave unto the queen of Sheba all her desire, whatsoever she asked, beside that which Solomon gave her of his royal bounty. So she turned and went to her own country, she and her servants.” (I Kings 10:13)

It is said that after spending time with Solomon, the Queen converted to his religion, Judaism.

Other accounts of the Queen’s life go far further than this; some suggest the place of her birth as a nation in present-day Yemen. The Ethiopian account of Queen Sheba, or Makeda as she is called there, goes on to state that, on her way back, she had a child of King Solomon, named Melenik I.

Despite the many disparities in the many accounts, there are certain ‘facts’ about the Queen of Sheba that are common to almost all the many stories.

1) She was from a great kingdom somewhere in the Middle East or Africa. Biblical accounts describe the Queen of the Sheba as a “queen of the South” who came from the uttermost ends of the earth to hear the wisdom of King Solomon.

The Kingdom of Israel and Judea, over which Solomon ruled, covered a great area of the middle east; to its south lay arts of South Arabia and farther south, the many ancient nation-states of Africa.

2) She was a black queen, of very dark skin. Apart from her origin, historians point to the Canticles, known as the Songs of Solomon, as evidence of this. She is deemed to be the object of the writer’s fancy, who says in Song of Solomon 1:4, “I am black and beautiful”.

3) The Queen of Sheba was wealthy beyond measure. All accounts of her visit to King Solomon speak of the scale of the gifts that she gave him; including large quantities of gold and rare wood that Solomon used to build his throne and later, the Temple in Jerusalem.

Even though these ‘truths’ make up the pillar of any story about the Queen, each account has such different elements that it can be difficult to even decide if they are all talking about the same person.

One of the less popular accounts of Queen Sheba comes, not from the middle east, or Ethiopia, but from Nigeria, in the town of Ijebu Ode.

The Ijebu people claim that the Queen of Sheba was one of their noblewomen known as Oloye Bilikisu Sungbo. It is worth noting that this name ‘Bilikisu’ is the same name by which she is referred to in the Quran.

In Ijebu-Ode, there is a medieval system of walls and ditches, over 160 kilometers long known as Sungbo’s Eredo. The locals claim that it was erected in her honor.

As part of his 72 day trip around Nigeria, Pulse’s Fu’ad Lawal visited the place where she is said to be buried in Ijebu-Ode.

While there, he met the custodian, a visibly aged man who has been keeping the grounds officially for 4 years, and unofficially, for a while before that.

The site of Bilikisu Sungbo’s grave is some way into the bush in an area called Oke-Eiri, surrounded by white walls with a message at the gate welcoming visitors to the seat of

The grave itself is bordered by a small gate in front and on the sides by a small fence made with iron bars, punctuated by small cement pillars with Arabic inscriptions on them.

According to the custodian, “the grave site was found by hunters of old”. These hunters were men known in Ijebuland as ‘Alori’, who went beyond the primary searches for animals, to explore the forests that made up large parts of Yoruba land in ancient and medieval times.

“They were the police investigators of the time like you have detectives today”, he said.

The diversity in the many stories of the Queen of Sheba shows how time, location and cultural differences can color a single story in different shades. Beyond that, though, it tells of the power of a story and of the icons that it creates.

By virtue of the fertility of her legend, the Queen of Sheba means different things to different people. To some, she is a part of religious folklore, to others, she is the beginning of a dynasty.

The most authoritative and detailed account of the Queen of Sheba is contained in the Ethiopian National Saga, the Kebra Nagast.

It is a detailed history of the Queen of Sheba’s visit to Solomon, as well as the Ethiopians’ conversion from sun worship to Judaism after their Queen was converted during her visit to Israel.

According to the text, the Queen of Sheba (or Makeda as she is called there) had a son with Solomon, named Melenik I. He is said to be the progenitor of the Solomonic Dynasty, an imperial house that ruled Ethiopia for centuries until their deposition in September 1974.

The last Emperor of Ethiopia from that lineage was the famed Emperor Haile Selassie 1.

The Ijebu see the Queen of Sheba, Bilikisun Sungbo, as something more than a noblewoman. To them, she is a goddess, benevolent now as she was wise and powerful in her life.

According to the custodian of the grounds where she is said to be buried, people come from far and near to pray to her.

“It is prayers they come for”, the custodian said. “People come with different requests from prosperity to health”

“God does it (through the intercession of Bilikisun)”, he continued, “God is the one who does it. No human being has the power to answer prayers”

“People are blessed with the fruit of the womb, even peace of mind.”

“Isn’t that worth being grateful for”, he asked.

It is clear that over time, the legend of the Queen of Sheba has been woven into so many distinct cultures and places that each party would swear that their account is the truth.

The questions then arise; Which of these queens, Bilikisu, Makeda or Bilquis is the real Queen of Sheba? Was she a mighty queen who birthed an entire line of Kings or was she a soul-devouring goddess as she is so lazily described in the hit television series, “American Gods”.

Where are her remains? In Ethiopia or Yemen, where locals say she reigned for decades?

Was the Queen of Sheba buried in Ijebu?

The truth is that there are no answers. Makeda is as real to the Ethiopians as Bilikisun is to the Ijebu people. It is the case with all legends that have been reinterpreted by time, the strength of their truth lies in the hearts of those who believe in them.

Nothing states this more clearly than the submission of the archaeologist, Patrick Darling.

In 1999 after excavations in Sungbo’s Eredo, he was quoted as saying “I don’t want to overplay the Sheba theory, but it cannot be discounted… The local people believe it and that’s what is important…”

There are many facts that stand against those who claim that she was buried in Ijebu; carbon dating and advancements in archaeology have shown that Bilikisun Sungbo and the monuments built in her honor came centuries after the biblical accounts of the Queen of Sheba.

The facts may stand against it, but there is nothing as strong as belief.

If the Ijebu people believe that the Queen of Sheba was buried in Oke-Eiri, then maybe she was.