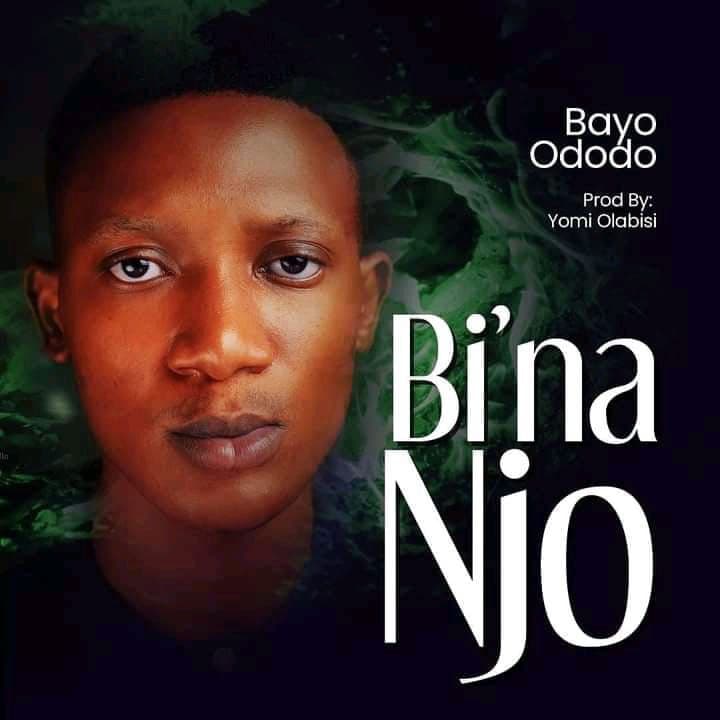 Finally, one of the most anticipated albums of 2021, “Bi’na Njo” by Bayo Ododo is Out Now!

Bayo Adeeyo is well known as Bayo Ododo, a popular Nigeria folk/soul music artiste, songwriter and a pianist. Currently, He is undergoing his first degree program in Ladoke Akintola University of Technology (LAUTECH).

Bayo Ododo’s career in music can be traced to his passion and active involvement in playing of musical instrument, piano, to be specific. From being a well known pianist he began to develop interest in music as a career.

Bayo Ododo’s musical genre can best be described as folk/soul music, which centered on preservation of Yoruba cultural heritage through his unique art of exposing people to moral conduct, Value of Yoruba culture, ethic of Love and beauty of peaceful coexistence.

His first track was released in 2018, titled “IWALEWA” (Beauty Of Love) which helped him to be recognized as a new folk music artiste.

Subsequently, after the released of his hit track(IWALEWA), he has released so many tracks – “Amunimona’, ‘Ike’, ‘ise’, ‘irede’ and ‘je’alo’ among others. His music has attracted awards.

In conclusion, Bayo Ododo’s passion for music still remain the major force behind his journey in folk music as a career.