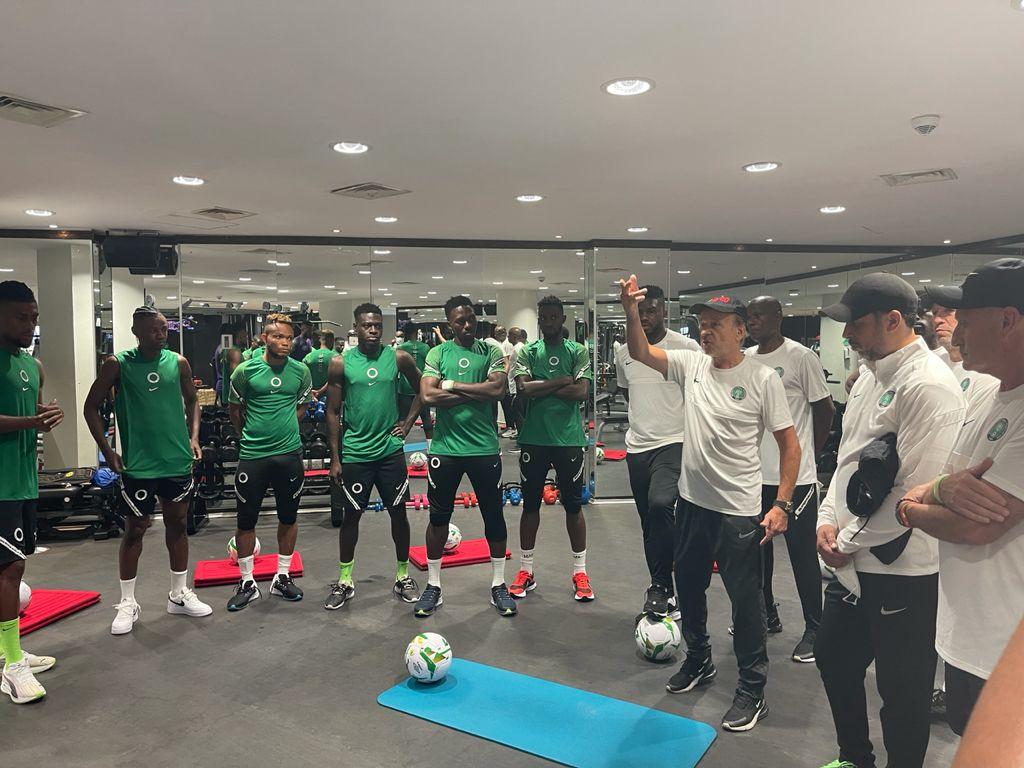 The report around the viral video was that the Super Eagles were kicked off the hotel gym.

The Super Eagles of Nigeria are in town, camping at the Eko Hotels and Suites, Victoria Island, Lagos, before the kick-off of the 2022 FIFA World Cup qualifiers.

The camp opened on Sunday, August 29, 2021, ahead of the games against Liberia in Lagos on Friday, September 3, and Cape Verde away on Tuesday, September 7.

While preparations have since kicked off in camp for the games, a viral video has brought unwanted conversations about the Super Eagles.

The viral video shows the assistant coach of the Super Eagles, Joseph Yobo, arguing with the hotel staff while the players trained at the gym.

Several reports had it that the Super Eagles were kicked off the hotel gym, and the video even got to Nigeria’s biggest gossip blog, Instablog.

Topnewstv was at the scene of the incident on Monday, August 30 and can confirm that the players were not kicked off the gym and that the issue was resolved quickly.

In strict adherence to COVID-19 protocols, the Super Eagles were training alone at the gym when some hotel staff came in.

The Super Eagles entourage was unhappy that the staff came into the gym and interrupted the session.

This caused the argument, which was caught on the viral video. The issue was quickly resolved, and the gym was cleared for the Super Eagles to continue their session.

15 players were involved in the indoor training on Monday. The number has since risen to 24 players who took in their first outdoor training on Tuesday, September 31, at the Teslim Balogun Stadium.