The Federal Government has lifted its suspension on Twitter.

He said: “The Federal Government of Nigeria (FGN) directs me to inform the public that President Muhammadu Buhari, GCFR, has approved the lifting of the suspension of Twitter operation in Nigeria effective from 12 am tonight, 13th January 2022.

“The approval was given following a memo written to the President by the Honourable Minister of Communications and Digital Economy, Prof Isa Ali Ibrahim. In the Memo, the Minister updated and requested the President’s approval for the lifting based on the Technical Committee Nigeria-Twitter Engagement’s recommendation.”

See the press release below: 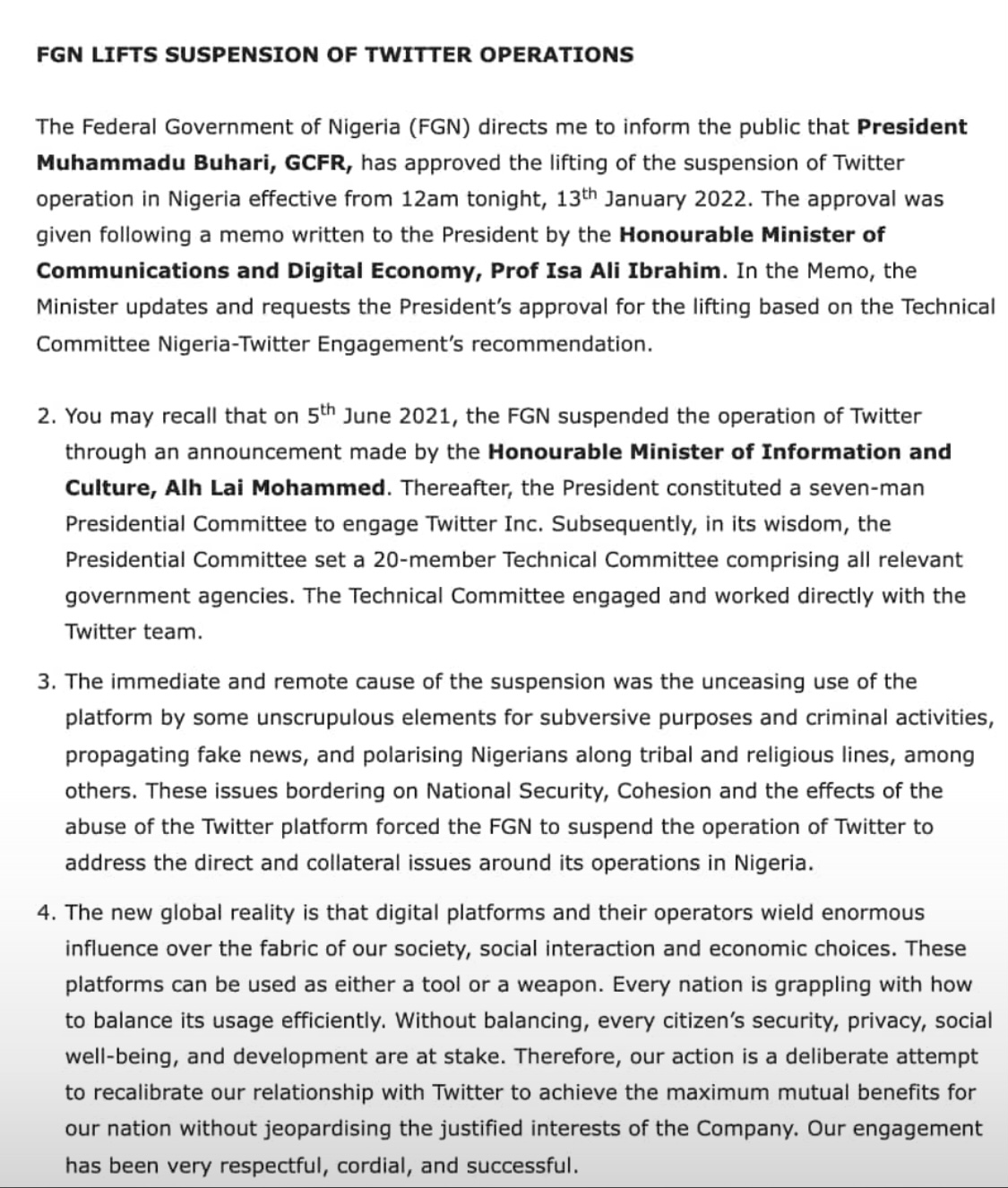 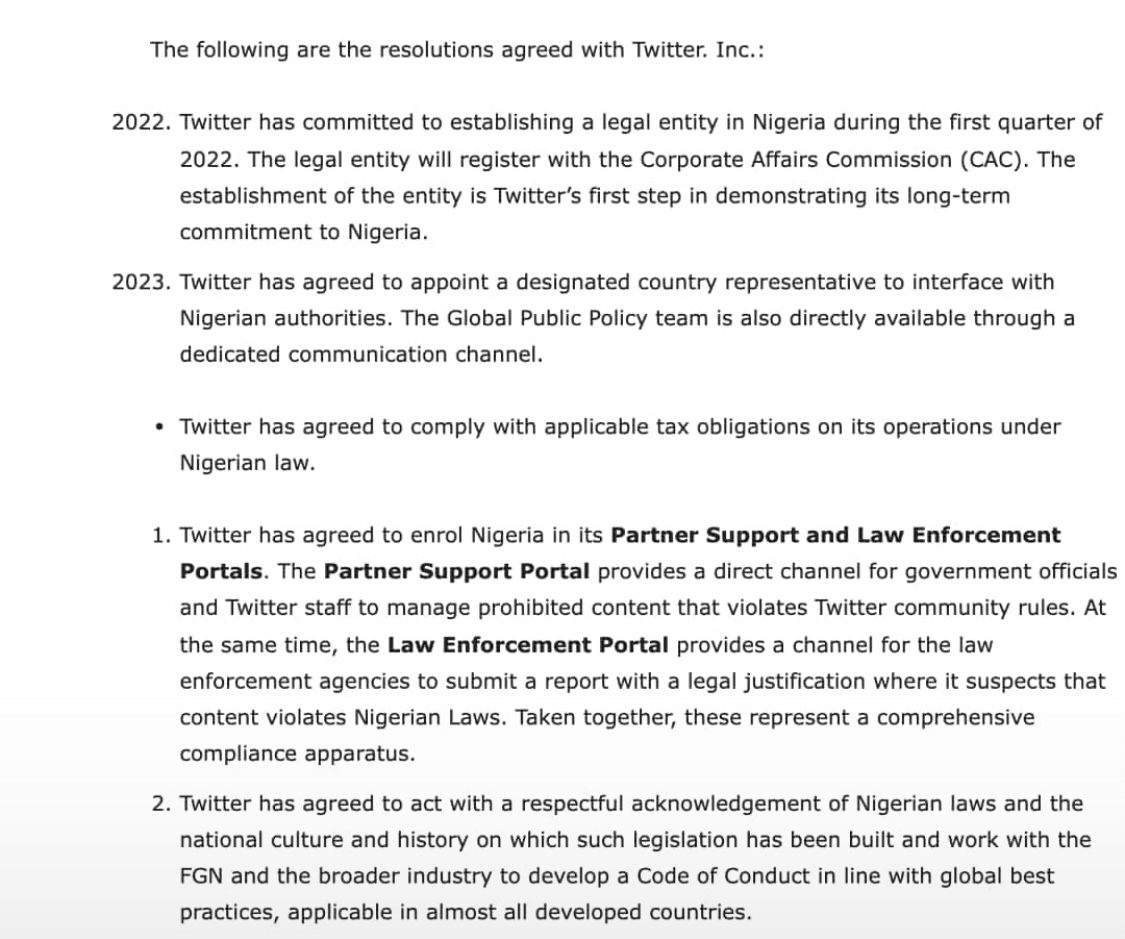 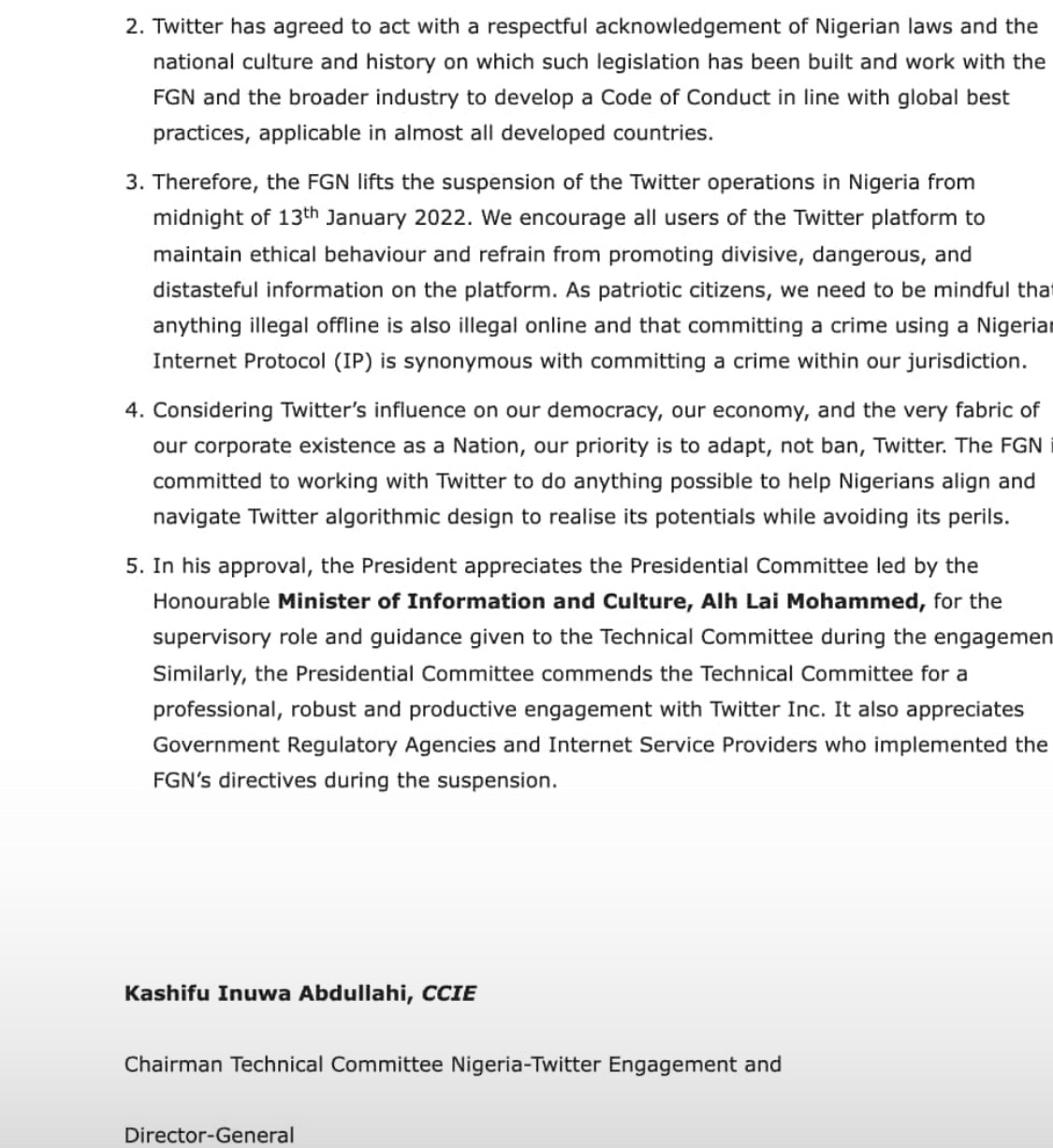 The Personal Assistant on New Media to the President, Bashir Ahamd, also confirmed the news on his official Facebook page. He wrote, ” The Federal Government has lifted the suspension of Twitter operations in Nigeria after approval by President Muhammadu Buhari. The decision was announced by the Chairman Technical Committee Nigeria-Twitter Engagement and Director-General National Information Technology Development Agency (NITDA), Kashifu Inuwa Abdullahi, CCIE.”

The government formally banned Twitter from operating in Nigeria on June 5, 2021. It defended the ban, claiming that Twitter was used to spread fake news and destabilize the country, particularly by separatists in the southeast.

In his Independence Day speech on October 1, 2021, President Muhammadu Buhari stated that Twitter must satisfy the Nigerian government’s five criteria before the social media platform’s suspension is restored. Twitter must adhere to the following conditions: registration; physical presence and representation in Nigeria; fair taxation; dispute resolution; and local content.

Continue Reading
Advertisement
You may also like...
Related Topics:Featured, Living

“Youths are determinant of 2023 elections,” Peller insists, pushes for an increase in the number of delegates for indirect primarie
Adebayo Alao Akala life and times: Here are some things you need to know about the late Alao Akala political activist