Ahead of the polls, there are aspirants who declared publicly that they got the call to join the race from ‘above’

The list of the applicants includes serving governors and ministers, who are members of the two major political parties in Nigeria

The race to Aso Rock come 2023 is getting tougher by the day as more aspirants have continued to woo Nigerians with their mandate, into voting them into power.

Interestingly, some are not just speaking from their experience rather they are backing their aspiration with the people’s expectations.

With just a few months to the 2023 elections, some politicians have entered the ‘spiritual realm’ and come out with ‘revelations’ about how God purportedly spoke to them to contest in the presidential election, The Cable reports.

Here are the politicians who said God asked them to contest for the presidency in 2023.

In January, Umahi, governor of Ebonyi, announced his intention to contest for the presidency in the 2023 general election after a meeting with President Muhammadu Buhari.

Umahi’s announcement came about 24 hours after Bola Tinubu, chieftain of the All Progressives Congress (APC), said he had informed Buhari of his intention to run for president in 2023.

Speaking on his presidential declaration, the Ebonyi governor said he declared his intention after God had spoken to him about it.

”Life is very dynamic and God speaks to me. So, it is progressive and I think that I spoke when God asked me to speak. This is what I believe.”

On April 16, Ngige, minister of labour and employment, told his supporters that God had spoken to him to declare his intention to run for president in 2023.

“I want to assure you that the period of lent, we ended it last night. And during this period, we communed with God; we did our fasting; we talked to God and the angels and God spoke back to us. God has spoken to me.”

Three days later, the labour minister formally declared his intention to contest for the presidency in the 2023 general election.

Senator Chris Ngige believes he has the capacity to turn t he country’s fortunes for good, insisting that if he wins the presidential race in 2023, two years would be enough to do that.

In January, Momodu, journalist and publisher of Ovation Magazine, joined the 2023 presidential race.

Speaking about his intention, the publisher said he has been preserved by God to become Nigeria’s president while promising to fix the country.

Akinsola, a 40-year-old Ibadan-based Islamic cleric, said God directed him to contest for the presidency in 2023.

The Islamic cleric said God sent him to proffer solutions to the country’s problems, adding that the country is in a critical situation.

He promised to make Nigeria better for the poor citizens while calling on past leaders to support his ambition.

Although Dino Melaye, a former senator representing Kogi west, is not in the presidential race, Melaye said God called him via the telephone thrice and told him that Atiku Abubakar, former vice-president, would be Nigeria’s next president.

Melaye had said: “By the grace of God, as I hand over the microphone to chief Raymond Dokpesi to present these completed forms to the national organising secretary, I want to state unequivocally that many of us when we call on God, God doesn’t give us missed calls.”

In a recent development, the presidential form of the ruling All progressives Congress and the Peoples Democratic Party, has become the topic of debates among politicians and analysts as well as Nigerians in the polity.

x     He said should there be another Yoruba Nation rally, he would be actively involved.  …
byTOPNEWS MEDIA

Who Wants To Be A Millionaire?: UP, Payattitude, Payarena, Hope PSBank unveiled as new sponsors 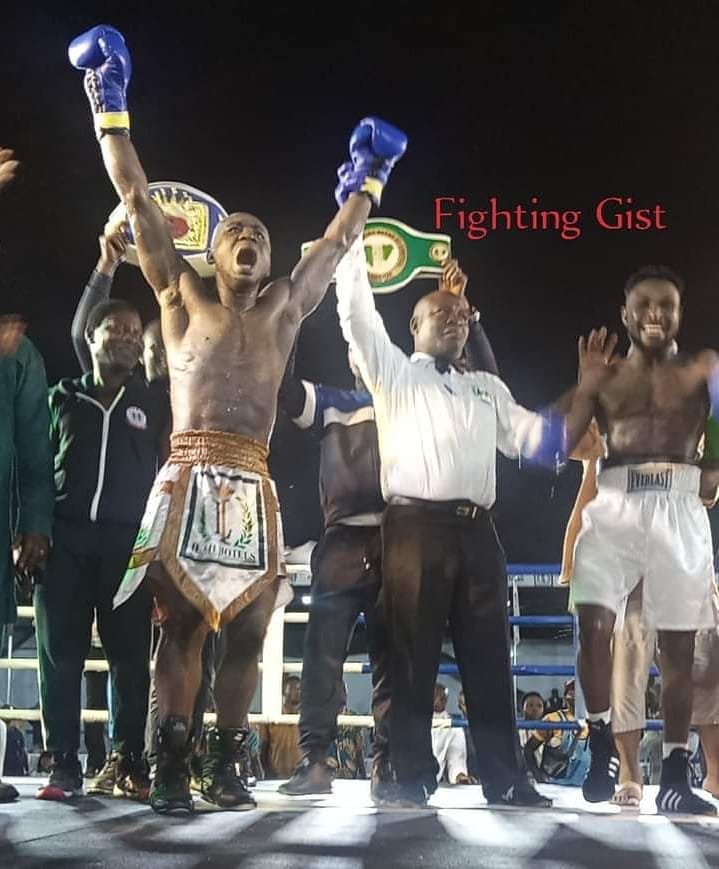