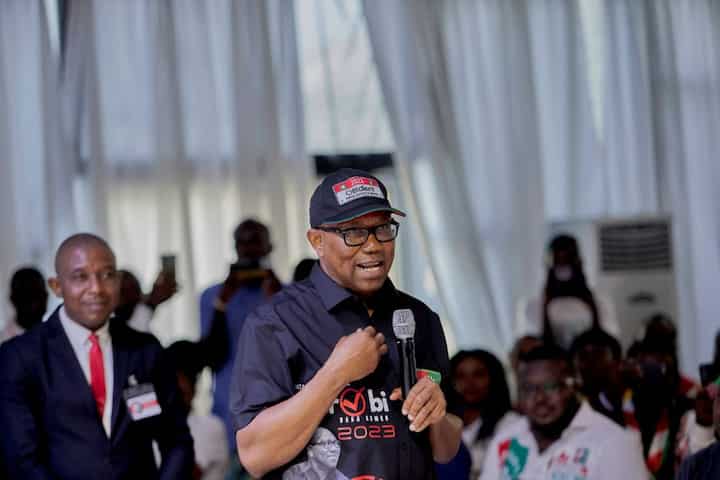 According to Iginla, the year 2023 will be a turning point for Nigeria after the election as there will be great exposure

In what many supporters of Peter Obi of Labour Party will see as a good omen, Prophet Joshua Iginla, the shepherd in charge of the Champions Royal Assembly in Abuja, has called on the candidate to work on his security.

He stated this in the 2023 prophecies he rolled out for the public, PM News reports.

In the “prophetic release” Iginla also said that the Labour Party should not be underestimated.

“I will mention these states and won’t elaborate but we should just pray along as the election is under way- Kaduna state, Benue State, Plateau state, Enugu state, Abia State, Cross River and Oyo State. As the election goes, the parties holding those states should be prepared and not be overconfident so that we won’t have surprises.

“Peter Obi must work hard over his security as a person before and during the election.

“2023 will be a turning point for Nigeria after the election. Contrary to the prophecies being given, Nigeria will gradually bounce back irrespective of the tensions that will come during and after the elections.

“The new government that will come in will take drastic measures that will create tensions but it will lead to sustainable economic growth that will shock us.

“There will be great exposure of secrets that this current government which even Mr President might not know that his appointees have perpetrated. It’s going to be a mystery.”

Does China Have a Police Station in Nigeria? Fresh Revelation Emerges